Why Have Employer Brands Become More Important Than Consumer Brands? 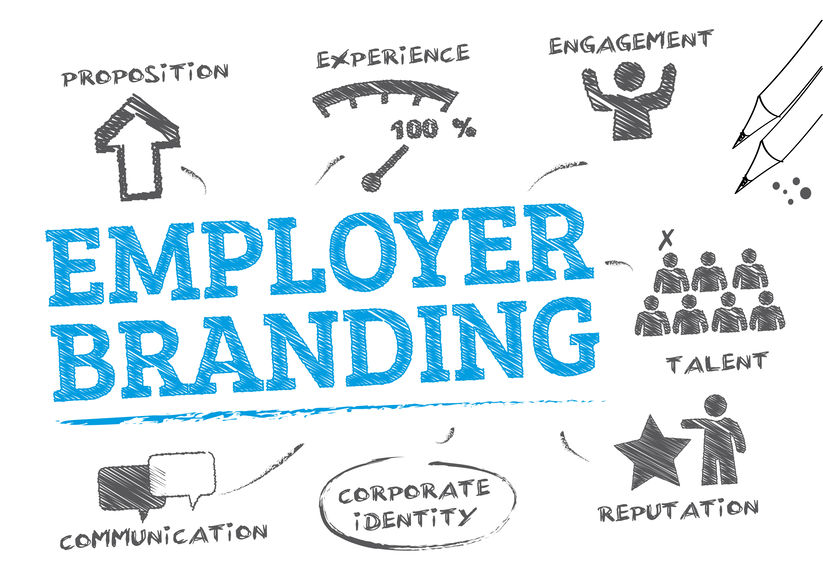 In our country, entire tribes of CEOs perpetuate an idea that in order to offer low-prices customers are willing to have a mediocre buying experience. There was a time in our history, where they could work. However, technology is evening the playing field. For example, when we can order just about anything without leaving home and have it delivered in hours, why go to the mall and deal with irritated employees?

Let’s take a look at two comparisons. Each demonstrates the power of solid employer branding:

We live next door to a Von’s Pavilions located at the beach. Online critiques of the store include statements such as, “The store’s employees ought to be on suicide watch.” Von’s nationwide has one of the lowest customer service scores amongst all of the largest grocers. Vons is owned by Albertsons. The company posted its first profit in years on February 24th.

This is a company that controls costs through tight inventory strategies and portrays a family to its customers.

On the other hand, mention Trader Joe’s and people’s faces light up. While many CEOs will be dismissive of the comparison, Trader Joe’s prices are even lower than Von’s. And yet, Trader Joe’s isn’t a commodity, it is a carefully orchestrated consumer experience. This is a company that controls costs through tight inventory strategies and portrays a family to its customers. The average tenure of a Trader’s cashier is 18 years. Trader’s doesn’t release its net profit figures. However, the company sells $1,734 per square foot per year while Whole Foods, the runner-up, sells $930 per square foot. Most Trader Joe’s customers smiling and kind staff as well as unique food values to be a winning combination.

Bring up United Airlines and what images come to mind? People being tasered and dragged off of planes, dogs dying in the cargo hold, and employees with absolutely no sense of enthusiasm. On the other hand, Southwest Airlines is famous for its culture of low rates, workers with humor, courtesy, and playfulness.

Southwest Airlines is famous for its culture of workers who demonstrate fun, courtesy, and playfulness and now they have added a profound dose to the employee as well as customer experience. Those characteristics had already made Southwest the most loved airline based in America. Commercial pilots hold up Southwest and FedEx as the gold standard for a positive work experience.

A couple of years ago, CEO Gary Kelly, decided it was time to create renewed energy in their culture. He introduced a new set of aspirations for all of their employees. He asked everyone to support a vision of being the most loved, flown and profitable airline in the world.

Kelly suggested that one of the ways they would deepen their culture come from telling stories of how they improved the lives of the customers they touch. He said, “We exist to connect people to what’s important in their lives through friendly, reliable, and low-cost travel.” He asked everyone to develop the art of storytelling and to become involved with the story’s behind each passenger’s travels and to find ways to elevate their lives.” The heart behind this commitment is profound. It can be gut-wrenching. As I researched their stories, I found a letter from a woman named Nancy:

“Last night, my husband and I got the tragic news that our three-year-old grandson in Denver had been murdered by our daughter’s live-in boyfriend.”

Her husband had to get his daughter as quickly as possible. He was on a business trip. In Los Angeles, the crowds were so backed up that he was going to miss the plane. TSA could have cared less. But, a flight attendant from the first leg of his journey had already called ahead to the pilot of the last plane. He ran to the gate expecting to see everyone gone. The pilot and the ticketing agent were waiting for him. One of them asked, “Are you, Mark?” The other added, “We held the plane for you and we are so sorry about the loss of your grandson.”

True employee engagement develops cultures that matter and businesses that we love with fierce loyalty. Because all of them have heart. But, the greatest heart of all is an employer brand that orchestrates outcomes that are as rich as this story because heart cannot be faked.

Sure, consumer brands are good. But, employer brands determine what our businesses become.

In 1990, David Harder founded Inspired Work,, which has helped over 42,000 professionals transform their relationship towards work. Individuals from all walks of life attend Inspired Work’s public programs to launch new careers, new business or to become more successful in their existing role. He views work as a profound opportunity to become more fulfilled, contributive and effective. Mr. Harder’s leadership, employee engagement, executive development and social networking programs are used in a wide variety of organizations including The Walt Disney Company, HBO, Sony Pictures Entertainment, Loyola Marymount University, University of Southern California, The United Church of Religious Science, Morgan Stanley, and many others. Inspired Work’s leadership programs, career development and team building programs produce some of the world’s most outstanding satisfaction numbers in any business: 92.6% out of a hundred. David has appeared on many business and human-interest programs including CNN, KTLA News, KFWB News and Business News Network. David is preparing his new book for publication, The Great Disengagement – How we lost our enthusiasm for work and how we will win it back.

No Replies to "Why Have Employer Brands Become More Important Than Consumer Brands?"