Is Email Zapping Your Productivity and Results? 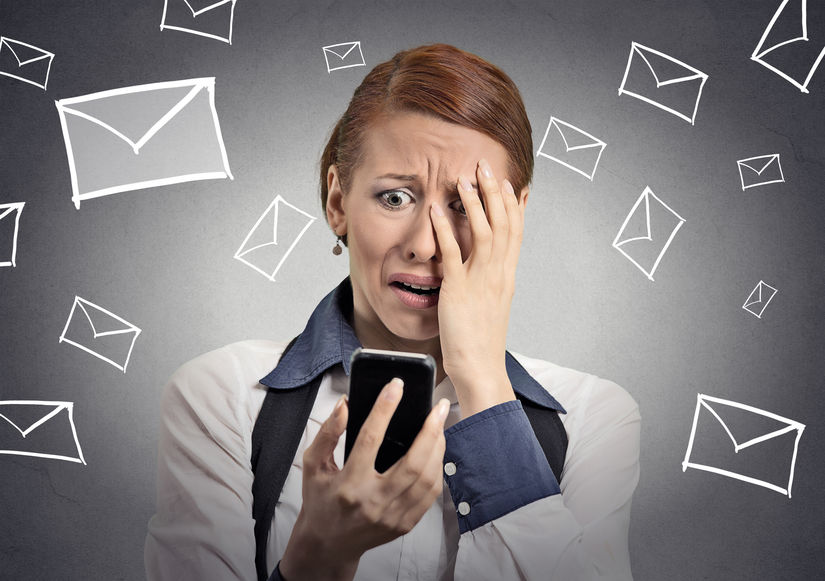 Nowadays, email is how you show up in the marketplace. It’s hard to get through a week without weaving your way through an overflowing inbox. In a recent interview with a reporter from Newsday doing a story about email productivity, he passed on this comment from a CEO he’d just spoken with: “Email is a constant distraction. I can’t get to my core work. Take this afternoon. I lack about another hour and a half on a key project. But with email popping into my box, it’ll probably take the rest of the afternoon to get it finished.” It was 1:30.

In a recent national survey conducted by the University of Northern Colorado’s Social Research Lab and Booher Research Institute, 42 percent of the respondents said they spend three or more hours per day reading or responding to email.

The mind-bending facts: Your executive email load is often lighter than that of your team members. You have screeners; they don’t. They get the full reports; you get the summaries. They get delegated to; you delegate.

My point: Bad email communication practices in your organization cost millions of dollars annually. Do the math:

If you reduce this cost by half, the savings would be significant. And that calculation does not even consider the benefit gained in having people focus more time on their core work.

Get Off Unnecessary Distribution Lists

Chances are, you get copied on many items that have long outlived their usefulness: Reports you no longer need or read. Data that you don’t care to interpret. Correspondence that you have no interest in. Meeting minutes that do not concern you. But people fear to drop you from the list without your say-so. So say so. Send a quick email, explaining that you no longer need the information and ask to be removed from the distribution list.  That should skim at least one-third of your emails “off the top” of the inbox.

Use “Reply All” for the Rule Rather Than the Exception

Why clog up seventeen inboxes, only to have all seventeen of the recipients echo back to you with a meaningless response like “Good,” “Fine,” “Okay with me”? A good rule of thumb on the REPLY ALL feature: Is your response helpful to all the others on the distribution list? If not, fly solo. Granted, changing the culture can be difficult. But aim to set the example.

Use “Reply All” for the exception with statements like this: “I’ve attached the quarterly report for your review before forwarding it to headquarters. Reply only if you want to suggest changes. Otherwise, no action is necessary.”

Summarize Well; Avoid “So What?” Messages

Readers should never get to the end of your email and think, “So what’s your point? Why are you telling me this?” Instead, summarize your message upfront in a sentence or two—not at the end. Then state exactly what you want the reader to do. Don’t hint or imply the action.

That upfront summary and action statement set the framework for the reader’s understanding of any background or other details that may follow.

Without that summary opening, the recipients will be reading “in the dark” until they get to the end of your email—at which point, they’ll need to reread to “catch the drift” as they go through the email the second time. That’s a huge timewaster.

What’s more, if you as writer summarize your message and action well upfront, the email practically writes itself. The necessary details flow quickly and smoothly from that start.

Turn Off Your Email Notifications

In the earlier mentioned survey, 52% of the respondents reported that they either check their email at least every hour or leave it open continually. That’s a major distraction. Even if you don’t stop a project to read it or respond, just seeing those notifications or previews pop into your inbox breaks your train of thought. Disruption. Disruption. Disruption.

Best practice: Check email only 2 or 3 times a day—early morning, before or after lunch, and about half an hour before you go home. That routine allows you still to respond to important matters within a four-hour window and yet stay focused on your core work.

To sum up, your email replaces your face on the screen. Your communication habits and writing reflect your thinking.

Dianna Booher, as CEO or Booher Research, helps organizations communicate clearly and leaders to expand their influence by a strong executive presence. National Media such as Good Morning America, USA Today, The Wall Street Journal, and Forbes, have featured her work on communication. Dianna Booher’s latest books include Faster, Fewer, Better Emails; Communicate Like a Leader; What MORE Can I Say?; and Creating Personal Presence. She’s the bestselling author of 48 books, published in 61 foreign editions. http://www.booherresearch.com/

No Replies to "Is Email Zapping Your Productivity and Results?"