Our exclusive Recruiter Confidence Index in June 2017 came in at 56%, ticking up ever so slightly from May at 53%. 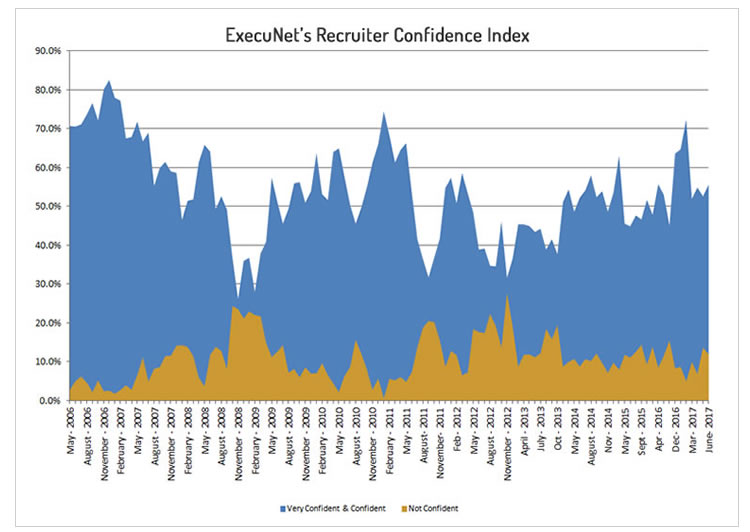 When you look more deeply into our feedback from recruiters, there are some yellow lights appearing, however .

The number of recruiters who are “not confident” has almost doubled since April to 11.9% in June; double-digit levels like this generally means certain sectors have seen a slow down in hiring.

The number of recruiters who are “very confident” the market will improve has dipped from 30% in January to 18% in June.

Meanwhile, our exclusive Executive Job Creation Index has dipped from +36 to +11 from January to June indicating that companies will not be adding as many executive positions in the next six months as they had been adding in the last six months. 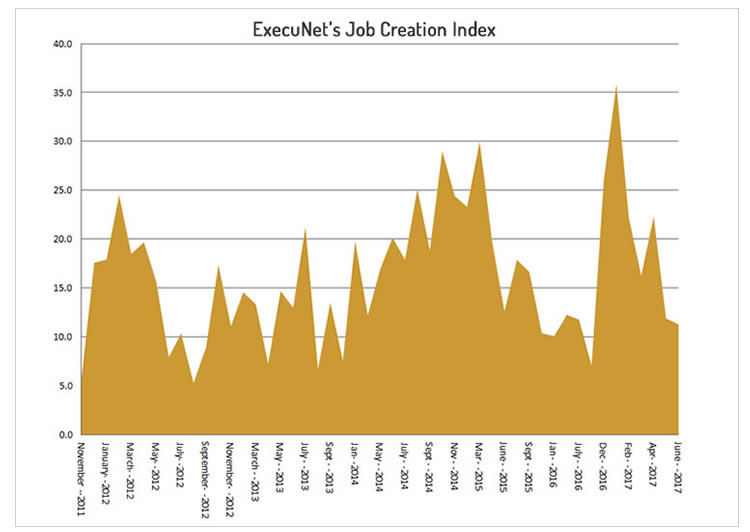 What We Make of This:

No Replies to "Economy is Still Good, Recruiters Proceeding With Caution"