If You Don’t Believe Gender Bias Exists, Read This (and if You’ve Faced Gender Bias, This Will Help)

A study by New York Times bestselling authors, Joseph Grenny and David Maxfield revealed that gender bias in the workplace is real, finding that women’s perceived competency drops by 35 percent and their perceived worth falls by $15,088 when they are judged as being “forceful” or “assertive.” Compare this with the drops in competency and worth that men experience when being judged as forceful: their competency drops by 22 percent and their worth falls by $6,547. This significant difference reveals a true gender bias that prohibits women from succeeding fully in leadership and management roles where assertiveness is, of course, a crucial behavior.

As part of the study, Grenny and Maxfield conducted an experiment to see if using a brief, framing statement (that allowed the speakers to explain their intent before sharing their content) could reduce social and emotional backlash. This experiment showed that these brief statements could reduce the backlash by as much as 27 percent – enabling both women and men to more consciously speak their minds to minimize backlash in the workplace.

Here’s a brief video on the experiment:

I caught up with Joseph and David to learn more about their study, and to understand the implicit gender bias it revealed, and what we can do about it:

Kathy Caprino: Does everyone have implicit biases? Does that mean were all Donald Trump?

David Maxfield and Joseph Grenny: Everyone has beliefs and associations that are relatively unconscious and automatic. Think of them as cognitive shortcuts that save us time and brainpower. They are helpful most of the time. For example, we may automatically associate wine with cheese and cheese with crackers, and these associations make shopping easy. Some of these associations come from our experience, and reflect a bit of truth about our world. But many come from TV shows, sensational news reports, and cultural stereotypes that have little to do with reality.

These automatic associations lead to trouble when they are based on stereotypes and prejudices. They undermine our attempts to be fair. We’re able to be fair when we’re thinking about fairness, but we slide into stereotyping as soon as we let our guard down.

While nearly all of us suffer from implicit biases, some have more explicit biases. Overt racism, sexism, and other –isms are still alive and well in our culture. We still have a lot of work to do to eliminate both explicit and implicit bias.

Caprino: What is it about emotion that makes it a trigger for sexism, racism, and other bigotry?

Maxfield and Grenny: Humans have two modes of interacting with the world: hot and cold. Most of the time we’re in our cold system, where our thinking is slow, deliberate, and thoughtful. This is when our prefrontal cortex, the logical reasoning part of our brain, is in charge. We are relatively good decision makers, and we hold ourselves to moral standards.

However, when our emotions kick in, our thinking becomes fast, intuitive, and relatively automatic. Now it’s our amygdala, the emotional part of our brain, that takes charge. The amygdala doesn’t make careful decisions or weigh moral standards; it creates strong emotions and immediate action. Unfortunately, these actions are often based on automatic thoughts and implicit biases, rather than facts.

So, here’s the situation: When the stakes are high, and we need to be at our very best, our emotions kick in, and we move into our hot system, which causes us to behave at our very worst.

Caprino: How did you decide on the framing statements that you studied? What made them work?

Maxfield and Grenny: We’re not the first to study the backlash that people, especially women, experience when they speak up. Previous researchers, Victoria Brescoll at Yale and Eric Luis Uhlmann at Northwestern, discovered that this backlash is greatest when observers think the person has lost his/her temper and is out of control. And they found observers are quicker to think a woman has lost her temper.

Our first study replicated their findings: the backlash came when observers thought the actor had lost his/her temper. And observers were much more likely to think the female actor had lost it. The goal of the four-second framing statements was for the actor to signal to observers that he/she was not out of control.

The actor said, “I’m going to express my opinion very directly. I’ll be as specific as possible.” This statement tells the observer that the forcefulness is deliberate and purposeful, not a reaction to being out of control. It reduced the backlash by 10 percent.

The actor said, “I see this as a matter of honesty and integrity, so it’s important for me to be clear about where I stand.” This statement shows control, but also turns the forcefulness into a virtue. Now the strong emotion demonstrates the actor’s commitment to honesty and integrity. This frame reduced the backlash by 16 percent.

The female actor said, “I know it’s a risk for a woman to speak this assertively, but I’m going to express my opinion very directly.” This statement warned observers that they might hold an unfair bias against her. The Inoculation frame reduced the backlash by 27 percent.

We have a concern that the Inoculation Frame in the form we’ve tested could be seen as “playing the gender card,” and could reduce a woman’s credibility. We showed it to a group of 350 human resource and training professionals, and asked them if they would recommend it to a favorite niece. Nearly 75 percent of them said they would not.

We tested a softer form of the Inoculation Frame, but only with our male actor. We had him say, “I know it’s a risk to speak this assertively, but I’m going to express my opinion very directly.” This frame worked just as well as the Value Frame. It may warn observers about the bias we have against negative emotions in general. We will be exploring it more in the future.

Caprino: It doesn’t seem fair at all that women and other victims of implicit bias should have to change their behavior. What can organizations do to reduce implicit bias?

Maxfield and Grenny: We need to work to change both explicit and implicit bias. It isn’t fair for women, minorities, and other victims of bias to have to bear the brunt of the solution. The challenge is that there’s no proven method for eliminating implicit bias. Facebook, Google, and other organizations are working on solutions.

Some of the easiest and most robust solutions take the bias out by masking a person’s gender, race, age, and other identifying characteristics. A dramatic example comes from symphony orchestras. When they began using blind auditions, where the judges couldn’t see the performer, the percentage of women hired by orchestras jumped from 5 percent to 30 percent. This strategy can work in many areas, such as evaluating resumes, judging software-coding skills, evaluating sales results, etc.

Other solutions aim at eliminating the bias itself. These approaches begin by getting people to recognize the problem in themselves—to realize that their automatic judgments don’t always match their personal values. Organizations are also working to make the topic more discussable. If we can’t talk about a problem, there is little we can do to solve it. Finally, organizations are encouraging leaders to warn people to look out for their biases, and to guard against them during crucial moments. People are quite skilled at avoiding bias or correcting for it, while they are attending to it. For example, they can guard against it during a specific period of time and during a specific task. As they practice during these brief periods, they are probably becoming more skilled at avoiding it in general—though the data aren’t in on this yet.

Caprino: In general, observers liked the woman more than the man, and yet punished her more when she was being forceful. What do you think was going on?

Maxfield and Grenny: Yes, observers rated our female actor higher than the male in nearly every condition. This preference was largest in the neutral condition, where she wasn’t disagreeing or stating a forceful position.

In these kinds of studies, we researchers have to control for lots of factors that we know will influence observers. In this study we selected two actors who were both White, in their early thirties, and dressed in business casual. We also tried to select actors who were equally attractive, but we were only able to come close. Our judges rated the female actor one point more attractive than the male on a ten-point scale. This difference in attractiveness might explain her higher ratings overall.

However, the key finding is what happened when the actors changed from being neutral to disagreeing in a forceful way. The observers loved the female actor as long as she was neutral and agreeable. But, as soon as she disagreed and defended her point of view in a forceful way, she was cast off her pedestal and punished far more than the male actor. 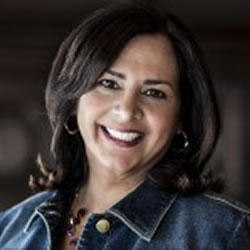 Kathy Caprino, M.A. is an international leadership, executive and career success coach and adviser, and President/Founder of Kathy Caprino, LLC, a top-level career consulting firm focusing dedicated to the advancement of women in business. A former corporate VP, trained family therapist and active coach, speaker and leadership trainer, Kathy has worked with over 15,000 mid- to high-level professionals in a wide range of industries, organizations and functions. She's coached individiuals at renowned Fortune 500 companies, non-profits, academia and startups and has served as a graduate instructor for New York University and a career speaker/trainer for numerous professional growth organizations including Network of Executive Women and the Pennsylvania Conference for Women. She is a Senior Forbes contributor and a trusted career voice on LinkedIn, Thrive Global and in the nation's top media. Kathy is also the author of Breakdown, Breakthrough and her newest book, The Most Powerful You: 7 Bravery-Boosting Paths to Career Bliss, July 2020 HarperCollins Leadership and Murdoch Books in Australia. For more information, visit https://kathycaprino.com/, her Amazing Career Project course, and tune into her weekly podcast Finding Brave . Connect with her at @kathycaprino on LinkedIn, Twitter, Facebook, LinkedIn and Instagram.

No Replies to "If You Don't Believe Gender Bias Exists, Read This (and if You've Faced Gender Bias, This Will Help)"