The Dirty Little Secret Your Headhunter Won’t Tell You…

(And by the end of this note, you will too.) 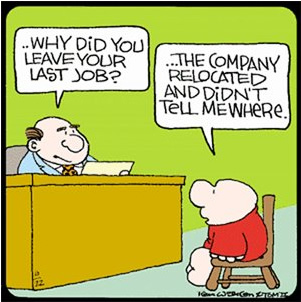 When you’ve been at the executive recruiting game for 25 years, you see a lot.

Scratch that… You see too much.

And one of the things that I see is candidate relocations fall through, which means having to start the search all over again. Ouch!

If it hasn’t happened to you, you’ve dodged the bullet. I’ve found that a full third of these situations go wrong. Why? Let me count the ways…

And who can blame them?

The average job tenure shortens every year. So once they sign on the dotted line, they start wondering how long this will last. “Hmmm, maybe I didn’t think this through.”

I’m as sentimental as the next guy. But it turns out your candidate grew up in that house. Or Spot is buried in the backyard.

6. The relo cost to your firm piles up.

Flights, moving van, car trailers, hotels. The punchline? You could have spent this money instead on that local candidate who was just a tad out of your price range. And they would have been onboard already.

I know you’ll say “that’s fine, we have plenty of time, for the right person.”

But that’s not the case. In this fast-moving world, time-to-fully-ramped is crucial. And relocated candidates are distracted candidates… Getting settled. New school. New house. Unpacking. New church. New Starbucks.

You get the point. You’re getting half their focus for the first six months. No matter what they say.

So what happens next?

It turns into a commuting situation. They fly in every Sunday night, and fly home every Friday evening. Then that becomes Monday morning to Thursday night.

Then every other Tues-Wed.

You get the point.

And you simply can’t can’t lead people from a distance. (Unless yours is a completely distributed company, in which case none of this applies.)

I’m not saying that candidates do bait and switch intentionally (although I’ve seen it more times than I care to admit). But any of those seven things happen, and your new hire turns to perspire.

So what to do?

I encourage you to do the same. I’m a control freak (there, I said it!) and recruiting has enough variables out of our control to add any more than is absolutely necessary. Your headhunter will do the same. But remember: they don’t feel the pain like you do when the relocation doesn’t pan out. You’re the one that has to clean up the mess.
And it’s very messy. Starting with telling your boss – or Board – that your brand new hire had a change of heart.

A candidate relo is a problem waiting to happen.

Speaking of which… when you have 60 seconds, my new 10-question Quiz will reveal your #1 hiring problem and what you can do about it: https://quiz.recruitrockstars.com/quiz

2 Replies to "The Dirty Little Secret Your Headhunter Won't Tell You..."