Digital Transformation: Why We Could Be in Trouble

Let’s be clear, transformation is not new. We have been transforming since time began. What is new is the rate and breadth of transformation that digital technology brings with it. And that is where, I think, we could have a potentially serious problem. 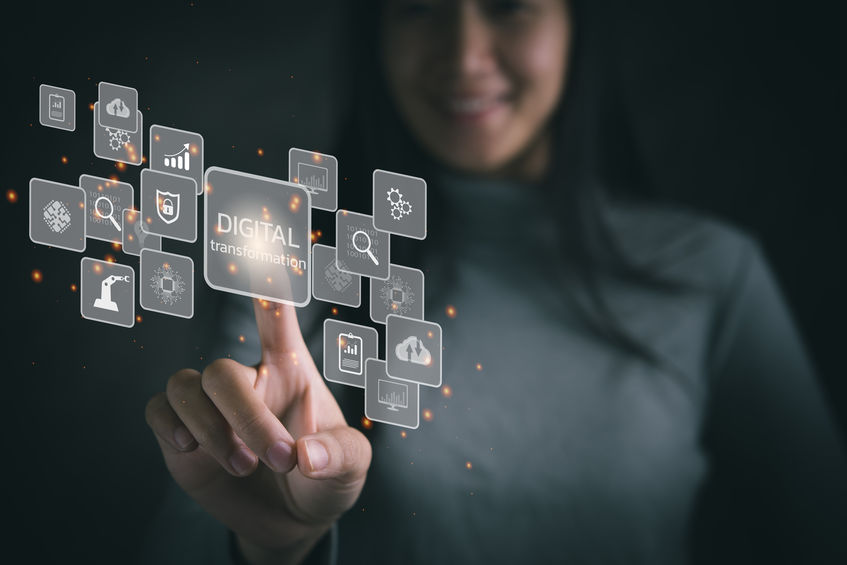 Organisations have been trying to deliver change programs forever. It has always been a challenging and costly area for them. The reasons for this can be varied and complex but I believe that there are three core drivers behind it: 1) people generally don’t like change, it makes them feel insecure and vulnerable 2) because people don’t like change and try to resist it, it can seem almost impossible to create a common goal that everyone can buy into and 3) most organisational models are not agile or flexible enough to integrate change without a level of upheaval, that only serves to drive further insecurity and resistance to the change in the first place, therefore we create a circular situation.

Transformation driven by digital technology is a significant escalation in terms of the rate and breadth of change it will bring.

Worst case scenario, it can simply make an organisation accelerate the rate at which it makes mistakes, loses money and dis-engages with its people. Forbes has reported that 7 out of 8 digital projects result in failure, that’s an 84% failure rate! We can argue the toss about the figures and look at a number of sources but the essence of the result does not change – more than 50% of organisations are failing to achieve value from digital transformation.

The acceleration and drive for digital solutions has simply presented the same problems back to us in a more vivid and larger form.

Now as you would expect there are lots of articles and viewpoints on why this is happening. In my humble opinion, most of these are too technical and missing the point. If we remain purely focused on the digital project life-cycle, we will never see the real drivers behind these failures. It’s much more fundamental than implementing new technology and comes back to why organisations have found change programs challenging since the beginning of time. The acceleration and drive for digital solutions has simply presented the same problems back to us in a more vivid and larger form. I genuinely believe that the critical ingredient for any digital transformation, is not the technological solution, but the organisations ability to embrace, drive and live with change through its culture. Change has to become the norm and the norm has to become change.

Firstly, an organisation needs to create a unanimous understanding and support for the need to change. It has to be more uncomfortable to live with the status quo than to move to the ‘new world’. In order for the change to be authentic, it must always be driven from the organisations raison d’etre, their customers. Change cannot be supported for changes sake, it has to clearly add value to the organisation and provide security for the future of its employees.

Secondly, the organisation has to create a clear and simple vision that effectively provides a common goal for its community (including employees). This ingredient is critical to create the motivation and passion required to keep going through the difficult times and remain absolutely steadfast in the belief that the only way forward is to change not to stay with the status quo.

Thirdly, the organisation has to be modeled in such a way that change can be seamlessly integrated with business as usual without creating ‘negative’ upheaval. This point is critical to break down functional silos, political game playing and power bases – change rules and aces everything else.

And fourthly, I believe that the organisation needs to provide the appropriate physical space and freedom that is a daily illustration of its commitment and ability to live with constant change as the ‘norm’. That means providing an inspiring work-space which expresses the personality of the organisation, creating time for its employees to think and develop new ideas and implement agile working practices based on individuals, not a one model fits all (i.e. do people always need to be at their desk by 9am if they work better later in the day?).

In summary, I genuinely believe that the requirements for successful organisational transformation have remained the same. Digital is a new and powerful enabler but people don’t actually change that much. We need to be secure, clear on our role and feel that we are contributing to a meaningful outcome. If an organisation can crack these basics, digital transformation may well become the catalyst that solved the equation of change for us all.

NIK DAVIS is a business transformation expert and has spent 20 years in the corporate world. Her comfort zone is order, logic and applying analytical tools to solve complex problems. She is also a keen observer of life, a writer and eccentric. Nik has recently returned to the world of work after taking a career break to spend time with her family. Upon her return, she found that her perspective had changed, as had the world she was returning to. Nik decided to carve out a new place in that world and mould some of it to fit her too. Nik sees life from quirky angles, shaped by experiences and the vast amount of knowledge we now have access to. She likes to write about her experiences and observations. To ‘tell it how it is’ and to find a more authentic way to live, whether in our professional or personal lives. Nik often talks about finding ‘The Third Way’. It’s a philosophy about life, having a personal life as well as a career, making money and being socially generous, being logical and sensitive, living by the rules of a society but not being afraid to challenge them, inspiring others to feel good but not for your own ego, giving rather than taking. Nik wants to make a difference to this world by getting people to see things differently, to try new ways of working but most of all, to re-discover our true selves and therefore reach our true potential. Nik also has two other persona’s: nikdavis which is where Nik writes about her deeply personal experiences of life. Nik runs a facebook group alongside this website to create a safe place for people to discuss the topics that are raised in her blog. Nik’s second persona is Lilly Isabella and this is where she shares her passion of fashion and design.

No Replies to "Digital Transformation: Why We Could Be in Trouble"