When You Defy Your Department’s New Direction

Even the brightest employees can unknowingly back themselves into a corner by bucking their boss’s vision. 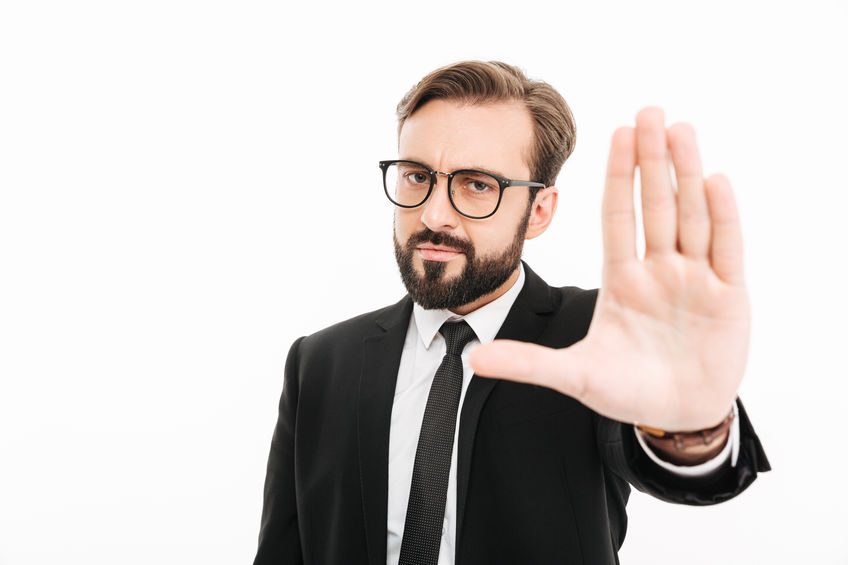 For the first three years of his job as a wealth manager, Kevin had always been one of the top performers on his team. But after the company underwent a merger, things began to go south. None of his ideas were getting traction; he refused to shift to his division’s new modeling tools; and his boss seemed constantly frustrated with him. A few months later, Kevin was fired, unaware that he’d spent nearly six months deviating from his department’s vision-and standing in the way of work getting done.

Kevin’s story rings true to anyone who’s had difficulty adjusting to new or changed directions for their manager or department. While sticking to your guns in many situations can help your team in some instances, constantly thwarting the broader mission can put you at risk of losing your job, and can be costly for your company: a study conducted by the Society of Human Resource Management showed that companies need to spend the equivalent of six to nine months of an employee’s salary to find and train their replacement.

When a change gets announced by your higher-ups and you don’t believe it’s best for the company, it’s natural to resist or ignore it, hoping it will just fade away.

Of course, old habits linger and it’s difficult to pivot-particularly if you are in total disagreement with the direction your employer is headed and are determined to do things your own way. But at a time when companies are looking for new ideas to navigate the changing times, it’s important not to let yourself get stuck. Heed these warning signs that you’re backing yourself into a corner.

You Often Hear Agitation in Your Boss’ Voice

Bosses aren’t always the best at telling employees that they’re backing themselves into a corner. That’s why, when you sense that your boss isn’t pleased with you or the work you’re doing, it’s time to ask for feedback immediately. If you’re searching for the right words, Steven J. Stein, CEO of Toronto-based Multi-Health Systems, says you can say something like, “I get the feeling I’m missing something. Could you help me understand what you’re looking for?” That way, you may get constructive feedback and you’ll demonstrate that you want to make them happy.

By asking for feedback, you could get the chance to steer yourself in a better direction. “Eighty percent of the time this will lead to clarity and an opportunity to adapt,” says Dave Popple, president of consulting firm Psynet Group.

You’re in Your Own Head Too Much

This can happen to even the most passionate and engaged employees. When a change gets announced by your higher-ups and you don’t believe it’s best for the company, it’s natural to resist or ignore it, hoping it will just fade away. But ultimately, if you aren’t the one with decision-making power, you need to change or get left behind.

One way to help put things in perspective is to talk with your coworkers, Stein says. Some of them may feel the same way you do, and some may be able to share a positive outlook that you haven’t thought of. If you still feel resistant, set up a meeting with your boss. “Explain that you know where the department is going, but you’re not on board for certain reasons. Hear out your boss’s explanation for the new direction,” Stein says. “Then, decide if it’s something you can work with, or whether you prefer to look elsewhere because you no longer support the mission.”

You Hear Yourself Saying, “But we always did it this way.”

As employees, we often point to the ways things were done in the past as barometers for why we choose what we choose, and to show that we understand what is being asked of us and that we can follow through on it. But there are times when being agile means ignoring those rules. Stop and ask yourself if you fully understand your role, particularly within the new direction, Stein says. If you need clarity on what your purpose is, talk to your boss.

One way to force yourself to try a new approach, Popple suggests, is by playing this game: Look at a task and assume that your first solution is illegal or impossible. What would be your second approach? And what if the second approach were also off the table, what would be your third approach? “If you have the time, look at the pros and cons of all three,” Popple says. “There may be a fourth way that maximizes the pros and minimizes the cons.”

No Replies to "When You Defy Your Department's New Direction"