Daniel Gilbert: Making Decisions That are Right for You 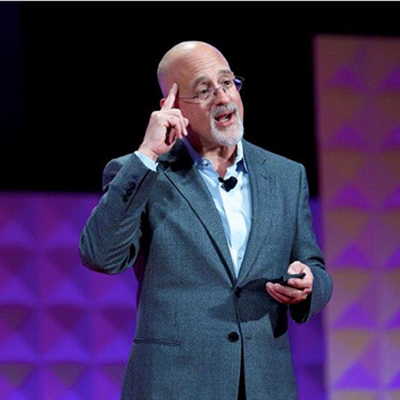 Harvard psychologist Dan Gilbert, the bestselling author of Stumbling on Happiness, offers brilliant insights into how and how well the human brain can imagine its own future, and about our capacity to predict which of those futures it will most enjoy.

Listed as one of the fifty most influential social psychologists of the decade by the Personality and Social Psychology Bulletin, Gilbert contends that one of the features that makes human beings unique is the interest we take in predicting our future. He believes that it is by trying to exert some control over our futures that we attempt to be happy. Drawing on psychology, cognitive neuroscience, philosophy and behavioral economics he offers fascinating facts about the way our minds work and how we can start to better predict what will make us happy.

In recent years, the study of happiness has moved from the realm of philosophers and poets to the realm of psychology, economics and neuroscience. Whether as individuals concerned for our own well-being or as managers concerned with the well-being of our employees, the topic of how to achieve and maintain happiness has become relevant for leaders today. Gilbert contends that humans are particularly inept at predicting the emotional impact of future events.

“The most likely outcome of any decision you make is a function of two things: the odds that this decision will get you what you want and the value of getting what you want,” said Gilbert. How much will you enjoy getting what you want? According to Gilbert, humans do not think this way. Ease of memory recall influences people’s perception of frequency of events. For example, we all think we frequently get in the slowest lane at grocery store checkout lines. In truth we really do not. We simply don’t have any reason to remember all the times we were in an average or fast checkout line because that is not as memorable as a slow line.

When it comes to the odds of a desired event occurring, people tend to be optimistic. He cited studies involving sports teams, longevity, avoiding accidents, maintaining good health. The same is true in business he said, citing engineers’ construction completion estimates in Boston Massachusetts. “The main reason psychologists have found that people are overly optimistic in their predictions is because most of us think about the ways in which our plans can succeed, and we think very little about how they can fail,” said Gilbert.

Always ask yourself: “What else could I do with this money?” Because this is so difficult, people instead compare with past experience. If something looks like a bad deal based on what the price used to be most people will not buy it, no matter how much they want it.

The difficulty of comparing with the possible is that our brains work on a comparison basis. People prefer to buy in the middle of a range. There is no rational reason to do so, but our brains are wired to compare to other possibilities. The problem is the items being compared to disappear before enjoyment of the purchase can be had. Gilbert cited a study where people would rather have a job where they earned $90,000 while their co-workers earned $85,000 than the same job where they earned $100,000 while their co-workers earned $105,000. The study showed most people would choose to earn less rather than be paid less than their co-workers, despite the fact that the job is the same and they could have more money for doing the same job.

Gilbert offered these questions to ask yourself as guidance on how to start making better personal and professional decisions:

“Our brains are adapted for a world in which we no longer live,” said Gilbert. The world is wildly complex and our intuitions are not designed for it. We must navigate by thinking simply, clearly and rationally advised Gilbert.

No Replies to "Daniel Gilbert: Making Decisions That are Right for You"