If you haven’t seen Bohemian Rhapsody, you’re missing out.

If you’re not yet a fan of Queen, you will be by the ending credits… and if you’re already a fan, you’ll learn something new about this legendary band.

One of the things we all learn – and one of the film’s hysterical cameos – is how music producer Ray Foster shot down their legendary single, which forced them to walk from the music label.

Ray (played brilliantly by Queen-fan actor Mike Myers) just didn’t get it. The talent was standing there right in front of him, yet he couldn’t see it. 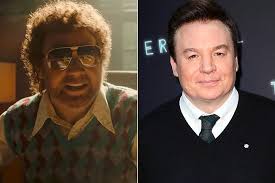 And that’s what I worry about for you. There’s so much talent out there. Often, it’s right under your nose. But we can’t see it. Because we’re too focused on a resume, or what school they went to, or some 3-month gap in their career history.

If you’re a leader in business – or aspire to become one – your number one job is to spot and amass talent. Do that, and the rest takes care of itself. You’ll build a winning business every time because, in most cases, your competitor’s hiring bites the dust. But that means you need to do things differently than most executives under pressure…

Spotting talent is simple, but not easy.

My book Recruit Rockstars plays like a rock anthem on how to do it.

And if you already have it (thank you), get a copy for your boss, or your Board, or your staff. Together, we are the champions.