The counteroffer is one of the most misunderstood and mishandled scenarios in the employment world. It’s also one of the most disingenuous tactics that can be used against you. Since 1999 I have helped literally hundreds of people navigate counteroffers successfully. Read this and avoid being played by your current employer. 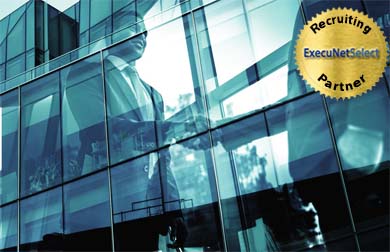 You accepted a new job!!! You’re excited. Nervous…but excited. You’re eager to embark on a great new opportunity. You did the research, navigated the interview process and got the offer. They chose you. Then, you took on the emotional and logical obstacle course that always accompanies big decisions. You decided. You decided that this new job is the right answer for you – personally, professionally and financially. You came to the thoughtful conclusion that your life gets better by taking this job.

You Resign, They React

You resign at your current company. It’s an awkward conversation. Some people were surprised. Some are happy for you. Some are sad. Some may be annoyed. And, some are in a panic…

They’re panicking because they concluded that their life gets worse because you took this job.

That’s why they make you a counteroffer.

When a resigning employee receives a counteroffer, the vast majority of them experience waves of positive emotions. Their ego is stroked. They are rocked with thoughts like: “They really do love me!!! They really do appreciate all my sacrifice and hard work!!! They don’t want to lose me!!!” They’ll call that employee into meetings and seek to understand what they can do to make them stay. Their empathy is off the charts!!! They even bring in the “big boss” to show some love from the top. It’s quite comical from an outside perspective.

Everyone’s emotions are deceiving them.

The Counteroffer Scenario is Dumb and Dumber

Here’s the hard truth of a counteroffer. It’s a disingenuous and self-serving tactic by an organization that has screwed up with you. Your current employer is Dumb. They’re hoping that you’ll be Dumber. Here’s why:

By definition, ANYTHING they offer you as part of the counteroffer package is something they have withheld from you up to this very moment. A promotion? New title? More money? Company car? Additional vacation time? New bonus program? They will tell you, “Well this has actually been in the works for a while now. We just hadn’t implemented it yet.” Really?

They were completely happy to undervalue your work and your career, as long as you didn’t call them out on it with another job offer. Yesterday, your work was worth $90,000. Today, magically, it’s worth $115,000. It’s damage control.

If You Accept the Counteroffer, You are Now Dumber

You will be acknowledging that they took advantage of you, and that they can buy their way out of that. You’ve admitted you’re ok with their lack of integrity. You are also discrediting your entire interview and evaluation process. You’ve lied to yourself and your prospective employer. Apparently another ten grand completely invalidates your fact finding, due diligence and thoughtful decision process. Apparently you were lying about all the reasons your life gets better if you took the new job.

Fact: The best companies in America don’t make counteroffers. Why? Because the logic is irrefutable, and great companies understand that. They accept failure, seek to understand the issues with the departing employee, and then address those issues to ensure it doesn’t happen with the next person.

Statistics are Beyond Dispute

There are hundreds of articles about why counteroffers are bad. The statistics are vast and beyond dispute. People who accept a counteroffer still end up leaving. Rather soon. You’re smarter than this. I hope.

No Replies to "Counteroffer? Dumb and Dumber"