Character: The Secret to Impactful Leadership

You are in a visible position at the top of your organization. Your leadership is critical to the success of the company, but you’ve faced an uncomfortable reality: You’re incapable of mastering or implementing valuable leadership practices to positively impact your organization. What do you do? 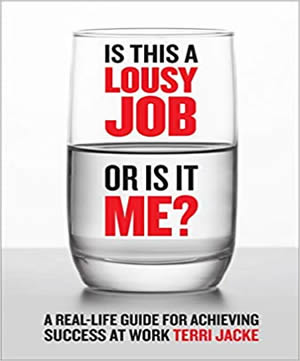 Well, here’s an idea: You could pretend. You could put suitable leadership principles and techniques into practice whether or not they resonate with your character, which is defined by your mental and moral qualities. But will “performing” help you to foster alignment or influence change? I don’t think so. In the long-run, it puts distance between you and those you’re trying to inspire. Pretending lessens your ability to create positive change within your organization because people recognize when your behavior is incongruent with your character. Frankly, they doubt your sincerity.

What’s your alternative? Focus on your character.

Based on my experience, the ability to comprehend, master, and successfully implement leadership principles and techniques depends on your stage of character development. I’ve identified six stages that people move through at work: Beginning, Yuckiness, Fear, Authenticity, Boundaries, and Love. (The seventh stage, Exit, occurs when you leave the work arena.)

In a nutshell, the more advanced your character, the more evolved and effective your leadership practices will be. Take Charles, an EVP I worked with whose character development had been stalled in the Fear stage for decades. Trapped within the self-protection of the Fear stage, Charles was incapable of moving his business unit forward to align with a strategic enterprise-wide transformation. You see, he was safe within the empire he had inherited from his predecessor and then fortified it for his comfort. That meant, he was threatened by changes to his heretofore successful business unit.

As I see it, this is not a leadership issue; it’s a matter of character. It’s unrealistic (not to mention frustrating and, sometimes, costly) to expect a leader who is in the Fear stage of character development to successfully implement executive-level leadership practices that require objective reasoning, adaptability, and/or raw courage.

With character established as the issue, it would have been fruitless to force Charles to study change leadership more diligently. Likewise, pretending to implement change leadership techniques is ineffective. Neither approach would have addressed the real issue: This EVP’s mental qualities of reasoning, resilience, decision making, and the like, and his moral qualities of courage, fortitude, loyalty, and so on, were limited by his stage of character development.

The answer for Charles — and for you — is to identify your stage of character development at work, and then become intentional about developing your character to increase the leadership principles and techniques accessible to you. So, where do you start that process? First, it helps to understand the sequence of the stages and then learn to recognize the common, observable leadership tendencies of each stage. That way, you can evaluate your current stage and your progress.

The lessons of each stage build on each other and have a cumulative developmental effect. Over time, your mental and moral qualities gain strength, clarity, and impact until your character ultimately serves as the foundation for your leadership legacy.

Quite simply, the more advanced your stage of character development, the greater access you have to more enlightened and consequential leadership practices. 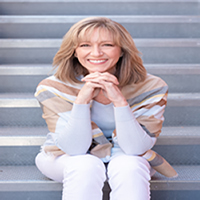 Terri Jacke is author of IS THIS A LOUSY JOB OR IS IT ME? A Real-Life Guide For Achieving Success At Work, a seasoned organizational development consultant, and founder of Inspired Training Institute, Inc. She holds an MS in Applied Leadership For Teaching and Learning from The University of Wisconsin. For more information please visit www.inspiredtraining.net

No Replies to "Character: The Secret to Impactful Leadership"