Can You Take Your Boss Down?

Recent public ousters of longtime bosses show that employees have more power than they did in the past. How to wield it wisely.

For many professionals, the biggest pain point in their jobs isn’t the long hours or endless meetings. It’s their boss. 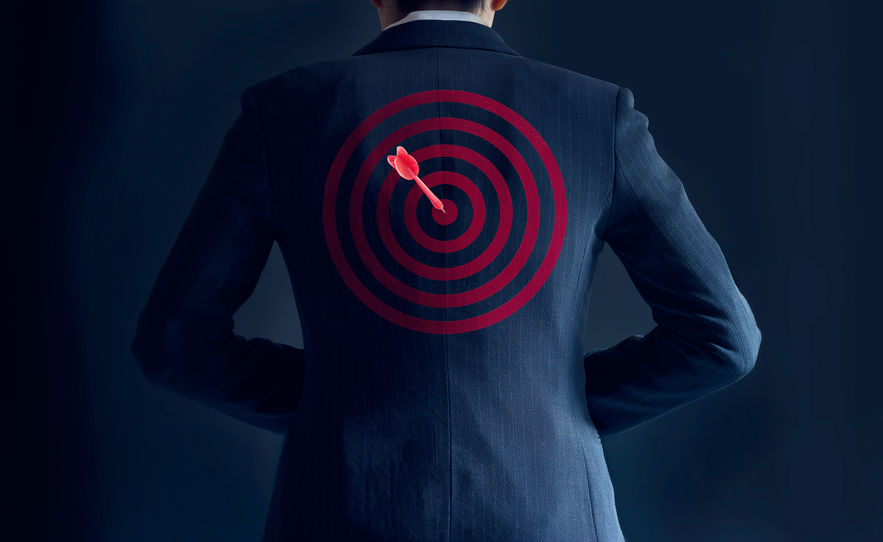 Indeed, an estimated six in 10 employees have left a job due to their direct supervisor’s personality, and 35% of U.S. employees say they would go as far as giving up a raise to fire their manager. Such stats raise the question: When, if ever, can you bring your boss down?

In the past, employees have faced two choices: Play nice or leave. But this advice ignores a third option that has surfaced as examples of rogue conduct among bosses in the workplace continue to be brought to light. What’s more, as businesses become flatter—one-third of organizations have already reduced the layers between top management and employees—your manager’s supervision has far less influence. This can put the odds in your favor, should you want to speak up and try to get your boss to go.

It’s difficult to prove your point without any hard evidence.

To be sure, this route isn’t for the faint of heart, and you must plot your path wisely. But if you believe your supervisor is holding your organization (and you) back, then follow these steps to ensure that you’re protected, as much as possible, while you try to orchestrate your boss’s ouster.

When building a case against your boss, you want to remain as neutral as possible, says Korn Ferry Advance career coach Frances Weir. You may dislike her personality or hate his management style, but if you can’t prove that it’s setting the company back, then you’ll come off as someone who is unable to work with people who are different from you. You want to keep a paper trail of correspondence that specifically points to how your boss’s behavior or actions kept you from doing your job or prevented the company from moving forward. After all, it’s difficult to prove your point without any hard evidence.

Pointing out that your boss violated the law or company policy can be one of the best ways to prove he or she needs to go, according to Rebecca “Kiki” Weingarten, co-founder of Tradecraft Coaching. But there are plenty of other reasons a boss may need to be fired that don’t have to do with the law. If, for example, the data she continually presents to higher-ups are distorted, show management the real figures. If they’re affecting the bottom line, executives should show interest in the problem.

Decide Whether to Recruit Your Colleagues

This may be the hardest decision to make in an ouster, because it’s difficult to assess how a coworker will react when things get heated or if he or she comes under pressure. Things will get ugly at some point, especially if your boss has displayed unethical or concerning behavior, so you must assess the motivation and likelihood of a colleague standing by your side before looping them in. If you work on commission, for example, and you can show that the boss has cost colleagues 20% of their sales, then it’ll be easier to get coworkers on your side. Keep your eyes open for those who have been most held back—through lack of either promotions or sales—by the boss’s decisions.

It’s also crucial to recognize loyalists who may bust you and expose your plans if they find out what you’re trying to do; the last thing you want is one of those workers to try and curry favor with the boss by telling him or her that you’re orchestrating the ouster.

When you go to HR or your boss’s manager, have a plan in place. If you want to replace the boss, it’s best to have a solution, Weingarten says, whether it’s a new candidate or hiring someone outside the office. It’ll help to show that you’ve thought about what happens next for the good of the firm and aren’t just focused on kicking your boss out.

You also need a backup plan in case your company doesn’t agree with your assessment. “If [the boss] doesn’t lose his job, what are you going to do?” Weir asks. You must assess whether you’d want to continue working at the company if the boss remains. If you decide you want to, you then need to gauge whether you’d be able to mend fences, should it all come out that you’re the one behind the attempted ouster.

No Replies to "Can You Take Your Boss Down?"