What We Can Learn About Interviewing From Howard Stern

You may or may not be a fan of Howard’s. I have my days. But we can learn something from him. Specifically, when it comes to interviewing people. 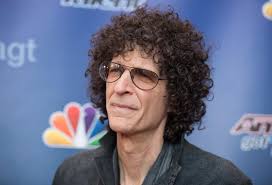 You do it when hiring. Howard does it for his ginormous Sirius XM radio show (15 million listeners and most still won’t admit to it). But much of it still applies, and in his 42 years on the air, he’s mastered the art of interviewing.

Recently, Howard published a book with excerpts of his infamous interviews with legends such as Seinfeld, Madonna, Conan, Letterman, and Trump. (It’s already bestseller of the year.)

Here are some of the things Howard can teach us about interviewing. Bababooey! Bababooey!

1. Dig really deep. Candidates will try to give you surface-level answers. For many reasons. Sometimes, they don’t have the goods. Sometimes, they’re not great storytellers (but still exceptional at the job.)

So it’s vital to bring a genuine sense of curiosity. And if you don’t have one, you shouldn’t be interviewing. Find someone on your team who does.

2. Make time. Some of Howard’s interviews span 90 minutes, which is insanely long for radio. In fact, he often says it’s why he switched from terrestrial radio to Sirius XM, because there are no required commercial breaks.

Don’t let it happen to you. Just when the candidate’s getting to the meaty revealing insightful stuff, your next meeting is about to begin.

I block out 30 minutes for every 10 years of the candidate’s approximate age. So if I’m interviewing a kid outta school, I allocate an hour. Someone with 40 years experience, I’ll block out 2-3 hours. Worst case, I wrap up early and get some free time back.

3. Stay quiet. Don’t fill the awkward gaps of silence. In an negotiation, s/he who speaks first, loses. Same in an interview.

Ask the tough questions, like Howard does. Then be quiet. The candidate will ache to fill the gap by answering… and they’ll often spill their guts.

4. Prepare. Do your homework. So you know what the focus of the interview will be. Most interviewers (come on…be honest) don’t even glance at the resume before they’re sitting down in front of the candidate.

I invest at least 15 minutes in advance and do some quick online digging. I write down the 3-4 key things I want to understand from the meeting. Would you agree to attend any other meeting that doesn’t have a clear agenda?

5. Put them at ease first. You want to lower the candidate’s guard. Stern is the master at this. He’s self-effacing and funny. He ensures they have water bottle, are on a comfortable couch, etc.

PS: I’m no Howard Stern, but I’ve interviewed over 10,000 people. You can download this free PDF of the actual questions that I ask every single time.