Can Your Body Sabotage Your Career Performance?

Neuroscientists today are upending decades of accepted ideas about the way we think and perform and turning them on their head. For example, I studied “disembodied cognition” and “embodied cognition.” Disembodied cognition is the idea that that thinking happens only within the six inches of space between our ears. Whereas embodied cognition is the idea that we see thinking for what it really is: an integrated, whole body system of experiences. Guy Claxton, an expert on the matter and professor at the University of Winchester describes it as “the body, the gut, the senses, the immune system, the lymphatic system are so instantaneously and complicatedly interacting that you can’t draw a line across the neck and say “above this line it’s smart and below it’ is menial.” The fact of the matter is, we have about 40,000 neurons in our heart, 500 million nerve cells, 100 million neurons, and 30 different neurotransmitters. All of which plays a role in filtering our perception, eliciting emotions and aiding in our decision making. Neuroscientists have dubbed it our “second brain”, and they are continually demystifying our instincts, gut feeling, and intuition; which means we can no longer discount it. 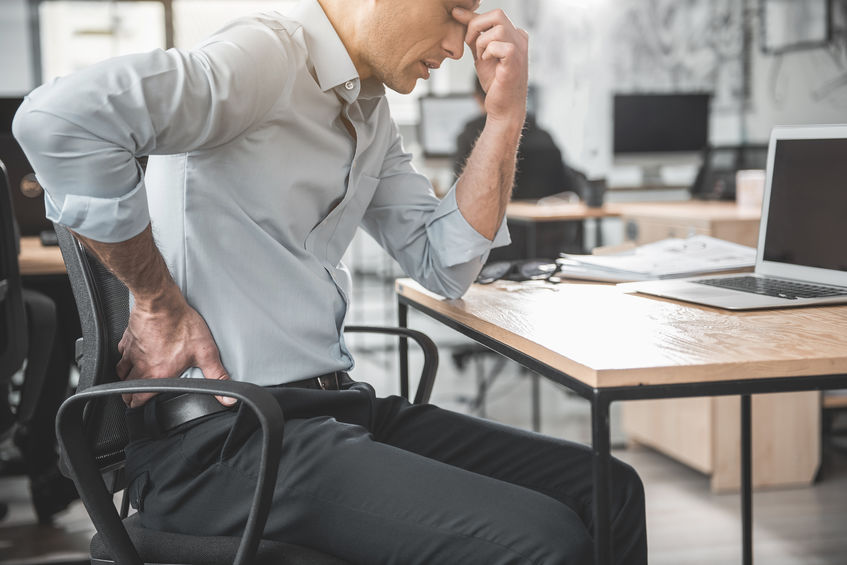 I experienced this first-hand today after my, hopefully last, visit with my kinesiologist regarding this one issue. To give you some background, in 2007, I was riding home from work one morning on a motorcycle. I was less than two blocks from home when a truck ran a red light and T-boned me. I flew off my bike and bounced a few times before finally coming to a stop on the other side of traffic. While my tibia healed from the open compound fracture, my body never quite did. I’ve had residual hip, spinal and neck issues that the doctors then never addressed, as their focus was my leg. They all told me that I’d never walk, run or function the same again.

Lucky for me, I have authority issues.

When someone tells me I can’t do something, I make it my mission to prove them wrong. 10 years and over $10K later courtesy of multiple chiropractors, podiatrists, osteopaths, structural integration practitioners, Reiki healers, Pranic healers, acupuncturists and kinesiologists, I slowly unraveled the residual areas of injury. I finally found someone who could trace all the issues and search for a root cause. We had finally found it and were very hopeful! After we solved that one thing, I was immediately disoriented. Even 15 minutes after I left, I still didn’t yet have my bearings. As a result, I didn’t realize I’d missed the street that would take me home until I was three blocks past it. Which says a lot about what my nervous system was going through. When I finally got home, and I was standing barefoot on the grass in the back yard and just feeling the warm sun on my back, I finally felt physically “whole” and pain-free for the first time. I felt like I was looking at the world through fresher eyes. As if my perspective had somehow shifted ever so slightly.

What was interesting, after solving what was hopefully the root cause, was that he said he had to reset my brain and nervous system. Kind of like rebooting a computer. Because even if you solve the issue, if you don’t reboot the system, the system won’t know, and therefore won’t run properly. He also said the issue was causing my nervous system to be ‘off’, which is what he’d usually tell me every time I’d visit. He also made an offhand comment about how if someone’s adrenals were off, adjustments to the body wouldn’t take. This reminded me of what happened several years ago, when I was frequently visiting a chiropractor in southern California who catered to Olympic athletes, and nothing he did had any effect on me. For about three years, he’d tell me every time “adrenals off.” Good thing I’d invested some time and energy into nurturing my adrenals back to good health. To think I’d gone that long only running on half my cylinders.

I felt for so long like a shell of what I once was.

I can’t even begin to quantify the toll of what always being in pain or being so mentally and physically drained at the end of the day cost me. It was exhaustion no amount of sleep could cure. The physical, mental and creative plateau that never seemed to end until now.

The moral of all this is: don’t discount your body. If your skeletal structure, muscular structure, nervous system, or adrenals are off, then your mind and emotions will be too. Mind over matter will only get you so far. Sure we can have Herculean moments, or come back in the heat of the moment when all odds are stacked against us like Rocky and give 100% of yourself. But if your Self, both your mind and body aren’t at 100%, then are you really giving 100%? Or are you giving 100% from a system operating at 60%? Like a factory that’s giving 100% of what it can give when only 3/4 of all its machinery are online. There’s only so far you’ll get with a car running on empty before it stops. There’s only so far you’ll get running on caffeine, sugar, and/or energy drinks before your body crashes. There’s only so deep of reservoirs of creative and peak performance energy that can be drawn on when our body isn’t at 100%. If you feel like you’re giving 100%, but consistently coming short of what you know you’re capable of, don’t be so quick to beat yourself up. So many people think, ‘what’s wrong with me? Why can’t I get this?’ The right question, wrong context. Open your mind to alternative possibilities that aren’t yet in your control. You may have something going on in your body. Pain, issues, and inefficiencies in the body leach your energy and sabotage your overall performance. The bigger the issue, chances are, it didn’t just start or show up out of the blue. It’s been trying to tell you for some time now, but you just didn’t listen.

Have you been listening to what your body has been trying to tell you all along?

Don’t be so quick to discount yourself, who you are and what you are capable of. Who you ARE, is the embodiment of all of you: your perceptions, beliefs, perspectives, senses, your nervous system, muscular system, skeletal system, endocrine system, etc. To be the best you, embody and nurture all of you. We only have ONE body in this life; take care of it, and it will take care of you.

Besides, if you don’t love and cherish yourself, then why would anyone else want to?

No Replies to "Can Your Body Sabotage Your Career Performance?"