How to Bounce Back From a Bad Performance Like a BOSS! 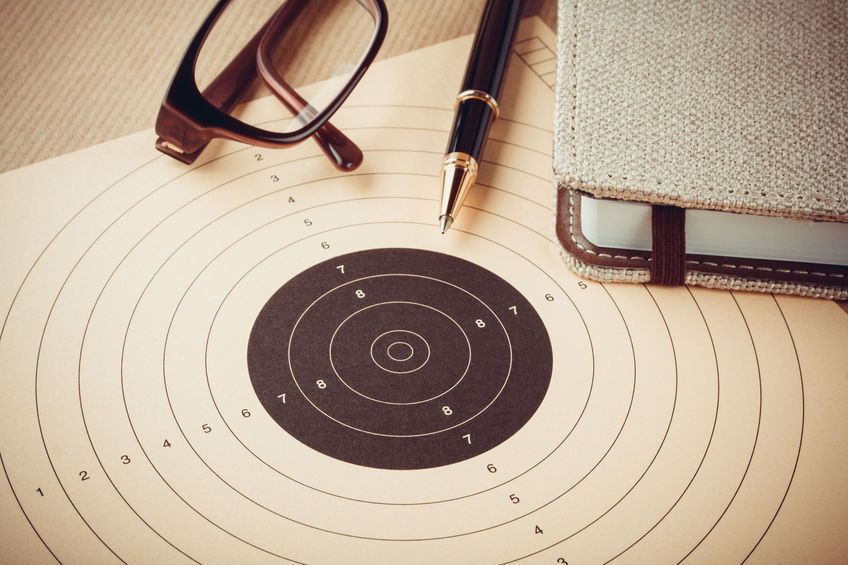 I shot my worst round from the 27-yard line than I’ve ever shot in four months, and last night was when it counted. Last night our Spring League team shoot against the first place team. We are currently second out of 24. Unfortunately, our whole team underperformed. The first round at the 16-yard line, we were down a man. Five minutes before we’re about to shoot, he’s a no show and didn’t even bother calling us. We had to call him. He wouldn’t be there until the second round. Not a fun way to start. The other team brought their A-game, we lost two points in the first round. The second round from the 27 we had a full team, but as a collective, it was our worse round this season.

I’ve been shooting on and off all my life. My aunt taught me to shoot a rifle when I was 3-years old. Both her and my uncle were 1st place in whatever competition they’d set their mind to. I’ve got a knack for it too. I guess you could say it runs in the family. I started off with a rifle, the pistol, then archery, back to rifle then finally made my way to the shotgun as of two years ago.

Everything is different from the trap. The target is moving. The way you mount the gun is different. The trigger pull, the eye focus, and the point of aim varies. Up until six months ago, all I’ve ever shot was at the 16, and the occasional 20-yard line. The Winter League, which was my first League required that we shoot from the 16 and then the 27-yard line for most the season because of our standing. This was a WHOLE new ball game for me. The point of aim, lead, amount of movement, and timing was different. I think the first time I shot it, I shot a 10 out of 25. It was pretty ugly, but this was a golden opportunity! It pushed me to shoot quicker and better than I ever would have pushed myself recreationally. Shooting, especially trap, isn’t a mindless sport. It requires you to hit a spinning target flying from a house at 40-50 mph in an array of random directions. It takes focus, quick reflexes and precision. My practice became more deliberate. Consistency and patience were key. As an added bonus, as my average from the 27-yard line improved, so did my average from the 16. By the end of the Winter Season, my average was better than more than half the guys on the league who were longtime regulars.

Was it because I had a decent composition of both nature and nurture on my side that allowed me to excel so quickly? Then how do I explain shooting as if I’d never shot at the 27-yard line before when it counted, or the team as a whole shooting bad? Maybe I just didn’t have enough nature or nurture on my side? Maybe my head wasn’t in the right place? Then how do you explain the whole team under-performing? We caught in a negative flow, where one-off shooter caused the whole team to do poorly? How do I bounce back from one or all of that?

There are two keys to bouncing back:

The first is to keep your head in the right place and not to beat yourself up, question or doubt yourself. If you have two players with identical talent and skill, the one that will pull through the most consistently will be the one with the best mindset. The one who instead of beating himself up, which only leads to a downward spiral, takes it in stride. The one who understands that you can be the best, but not always perform at your best. There are many factors that play into optimal performance. If just one of them is off, it can have an effect. Therefore, it doesn’t say or mean anything about you personally.

“What story am I telling myself about what this means?”

“What story am I telling myself on what this means about me?”

“When and where did this story come from?”

The key it to systematically analyze what factors weren’t in line, isolate and train for it, and then integrate it into the whole. The sooner you realize this, the sooner you can focus and start working on what you need to do. Where you need to step it up. That way you’re getting better at it before your competition does. That way while your competition is having a pity party or maybe getting cocky from a victory and dropping their guard, you’re tightening your game. You’re profiting from a ‘failure.’

The second is deliberate practice. While nature and nurture play a part, it’s only a part. Psychologists and neuroscientists are turning previous assumptions of this age-old debate on its head. The question had evolved to: how much nature and how much nature is the sweet spot? And now, Anders Ericsson and Neil Charness, professors in psychology, are saying that “The traditional view of talent, which concludes that successful individuals have special innate abilities and basic capacities, is not consistent with the reviewed evidence. Differences between expert and less accomplished performers reflect acquired knowledge and skills or physiological adaptations affected by training, with the only confirmed exception being height.”

In Malcolm Gladwell’s book Outliers, he formulated that it takes 10,000 hours. But even after 10,000 hours, he nuanced that there is still a separation between the Elite and the ‘weekend warrior.” What truly separates them is deliberate practice. I experienced this during the Winter League. The reason why I picked up the sport fairly quickly was perhaps that I had previous experience shooting. Therefore, I didn’t have any bad habits, and had a great foundation. Maybe it was a few genes, but who knows. But they both only got me so far. The reason I excelled so quickly during the winter season was because of the way I practiced. Guys on the range would tell me when I was struggling with something, “Just keep practicing, you’ll get it.” But I knew better. If you practice the wrong thing over and over again, you are just getting better at doing it wrong. Shooting from the 27-yard line, the target looks smaller and faster; it forced me to be quicker and focus harder. I was pushing the envelope of speed and complexity. I moved to a U4 Mueller choke, the tightest there is. Whereas most guys shoot with an Improved Modified, which has a wide room for error. In simplest terms, I had the tightest room for error, while most people have a wider more forgiving room for error. I minimized my room for error. So I had to be even more accurate. I would ask guys to watch my shots, so when I missed, I’d know if I was above, below, in front or behind. Therefore, I could make adjustments instead of blindly shooting without any point of reference if I missed. Therefore, I was constantly seeking specific and constructive feedback.

So, that’s exactly what I’m going to do. Go back to the range, isolate the problem, train on it, then integrate it into the whole.

In summary, your psychology and your practice have to be working in tandem. Have a mindset of profiting from your failures. When it comes to practice, be deliberate. The key to deliberate practice is: to push the envelope of speed and complexity, minimize room for error, and ruthlessly seek immediate, specific and constructive feedback.

No Replies to "How to Bounce Back From a Bad Performance Like a BOSS!"