Boost Connectedness to Reverse Rise of Suicides in America

With the exception of America, suicide rates over recent decades have declined in most of the world.  Suicides in the US have risen more than 50% from 2005 to 2017 and now exceed deaths by motor vehicle incidents. In 2017, the most recent year data is available, the US Centers for Disease Control (CDC) reported 10.6 million people seriously considered suicide, 1.4 million attempted suicide and 47,000 committed suicide. 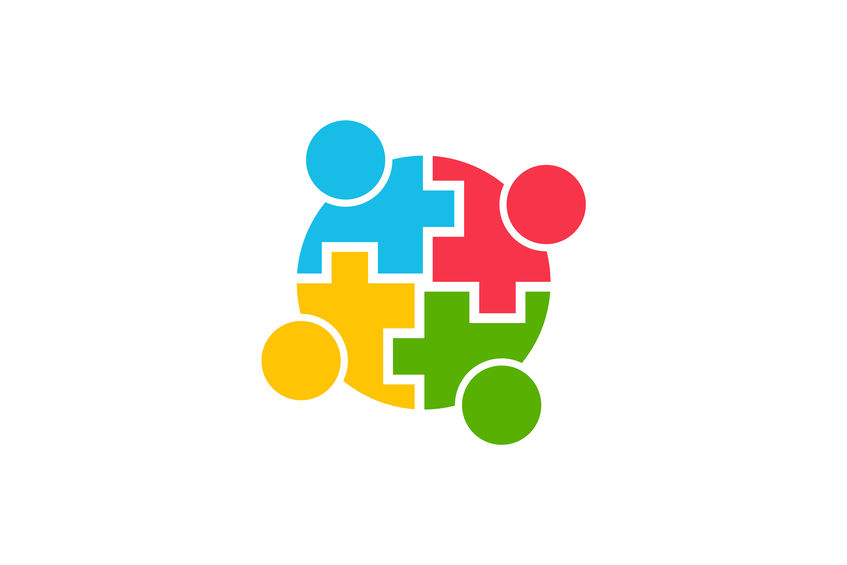 We can look at those numbers dispassionately, understanding they represent individual lives, but not stopping long enough to let the reality sink in. So, here’s another way to put the number of deaths in perspective. We know the shock and sadness we would feel if we learned that an airplane went down and none of the 175 passengers survived. We would grieve for lives cut short and for the sudden loss experienced by those who knew the passengers—family members, friends, teammates, neighbors, co-workers. Now imagine that 270 planes went down in a year. That equates to more than 47,000 lives lost.

Suicide is a tragedy on many levels.

In response, the CDC has adopted “connectedness” as a strategic direction in its efforts to reduce the number of suicides in the US The CDC defines connectedness as the degree to which individuals or groups are socially close, inter-related or share resources. When you look at the science, it makes sense why connectedness would be a focus.

We make the case in our book Connection Culture: The Competitive Advantage of Shared Identity, Empathy and Understanding at Work that human beings are hard-wired for relational connection. When we lack connection, our bodies are more likely to move into an ongoing chronic state of stress response where blood, glucose and oxygen are over-allocated to “fight or flight” systems, including the heart, the lungs and the big muscles, and under-allocated elsewhere, including to the digestive system, the reproductive system and the immune system. Stuck in a state of stress response, we are more likely to feel unwell and to experience anxiety, numbness or depression. Other factors, including the effects of trauma that may reach as far back as childhood, and alcohol use, often contribute to the emotional tumult. In order to cope, we may turn to behaviors that become addictive (i.e. excessive consumption of substances including food, tobacco, alcohol, or drugs, or obsessive engagement in behaviors including internet/media, exercise, work, sex, or shopping). The downward spiral and persistent emotional upheaval can become a pathway to suicide ideation.

“Never worry alone!” is sage advice a friend once gave me. Positive relational connection helps us cope with stress. It quiets a part of the brain called the amygdala where fear and threat are processed. Connection calms our nervous system and helps move our bodies from stress response back to a state of homeostasis, or balance, where all of the bodily systems receive the blood, glucose and oxygen required to function in a healthy way. Emotionally, and physically, we feel much better when our bodies operate in an ongoing state of homeostasis.

This Fight is Personal

A friend of mine committed suicide last year. When I heard the news, I thought there had to have been a mistake. The last time I had seen him, he had smiled and waved at me from a distance. Although we had been out of touch in recent months, I thought he would have reached out to me if he was struggling. Had I missed something?

My friend’s suicide reminded me it’s difficult to know what’s going on inside another person’s mind. As adults we can be good at masking our emotional pain. We’re not always willing to be vulnerable about how we are feeling from an emotional health perspective. This experience has made me more intentional about reaching out with greater frequency to check on and connect with family and friends.

D. Theodore George, author of Untangling the Mind: Why We Behave the Way We Do, shared a few insights with me about the perspective of someone who may contemplate suicide. In addition to being a Clinical Professor of Psychiatry at George Washington School of Medicine and Senior Clinical Investigator at The National Institute on Alcohol Abuse and Alcoholism, he is a neuroscientist and practicing psychiatrist. Dr. George has observed that in one way his suicidal patients looked similar to his patients who were diagnosed with medical illnesses such as cancer. Both tended to “feel overwhelmed with emotions… fearful, out of control and anxious about the future.” But in a significant way their paths diverged. The patients with medical illnesses reached out to family and friends who rushed to their side with emotional and practical support; depression made suicidal patients feel isolated, alone and hopeless and “they perceive that they are living in a room with no doors or windows.”

Dr. George pointed me to the book Choosing to Live: Stories of Those Who Stepped Away from Suicide by Cliff Williams which includes stories of individuals who’ve walked this path Dr. George described. He explained that “[many] tried to speak with someone about their emotional pain, but all too often felt like no one understood. … Worst of all, when things hit rock bottom, many expressed the feeling that no one seemed to care.” On the outside they looked like nothing was wrong so people around them may have been unaware of the emotional turmoil they were experiencing. According to Dr. George, suicidal patients who managed to find a way to dig their way out of despair initially felt that talking was a waste of time but came to the realization that talk therapy helped them “find new roads they never knew were there” and provided a “switch to turn on a light at the end of a dark tunnel,” replacing hopelessness with a vision for how to live.

In addition to personally experiencing the loss of a friend to suicide, last year my colleagues and I began working with four organizations that had experienced suicides. Two were healthcare organizations, one was an education institution, and one was a branch of the U.S. armed services. In at least one instance, we learned that the organization came to us because of the CDC’s recommendation that connectedness to family, friends and community helps provide protection from suicide ideation. Searching online for “connection” and “culture” led them to our website. Leaders are usually interested in tapping into the benefits boosting connection in a work culture brings to a team, such as higher employee engagement, tighter strategic alignment, and greater agility and adaptability. Here they wanted to understand the ways in which boosting connection benefits and protects the individuals on the team.

The Power of Connection

Cultures of connection help people cope with life’s stressors not only by calming their nervous system, which I mentioned earlier, but also by helping people maintain cortical control so that they react in a rational way. Cultures of disconnection, in contrast, contribute to making it more likely that the amygdala is in charge in the brains of people living or working in that type of culture. This would cause them to be reactionary. Connection also brings about the positive emotion of contentment that can last for weeks and months.

People are under a lot of stress and a lot of people are stressed out. Gallup Research reported that eight out of 10 Americans feel afflicted by stress. Common stressors include a heavy workload, health issues, financial pressures, cognitive overload, strained relationships, discrimination, the demands of caring for children and/or aging relatives, and today’s combative political environment. Oftentimes, the circumstances in our lives that contribute to stress are out of our control and so we need greater connection and resilience to cope.

Research summarized in Loneliness: Human Nature and the Need for Social Connection by the late John Cacioppo and William Patrick supports that connection is an indispensable resource to help us cope with stressors and threats we face in life. Studies have shown that disconnection can undermine several resilience factors including getting adequate sleep and physical exercise, and eating healthy, all of which are important to cope with chronic stress. Research has also shown that a lack of sufficient connection is associated with increased vulnerability to other stressors, a more intense reaction to negatives, less emotional boost from positives, greater feelings of helplessness and threat, and impaired cognitive function.

Social connection is vital yet we are allowing it to be gradually crowded out of our lives. Increased work demands, more time in front of screens and other factors have reduced face-to-face connection to the point that our society suffers from a collective connection deficit. Recently released research from Cigna, the insurance company, found that nearly two-thirds of Americans are lonely and loneliness is on the rise.

What Can Be Done?

Awareness of our need for connection is an important first step! It helps motivate us to be intentional about taking action so that we have sufficient connection in our lives and in the lives of the people we care about, including those individuals we are responsible for leading or influencing. How much connection do we need? That depends on the person. It’s the quality of the connection, not the quantity, that matters most.

Here are 10 actions to consider:

Please, if you are considering suicide or someone you know is, don’t stay silent. Call the national suicide prevention hotline at 800-273-TALK or reach out to your physician or an emotional health professional.

In the decade ahead, I’m optimistic that the number of suicides will begin to decline as America’s individual and collective level of connection rises. Won’t you join me in taking time each day to reach out and connect with the people in your life? Human connection is a powerful antidote to indifference that feeds loneliness and hopelessness. Even small connections that show you care can make a difference in bringing positive emotions into people’s lives that help protect them from self-harm. 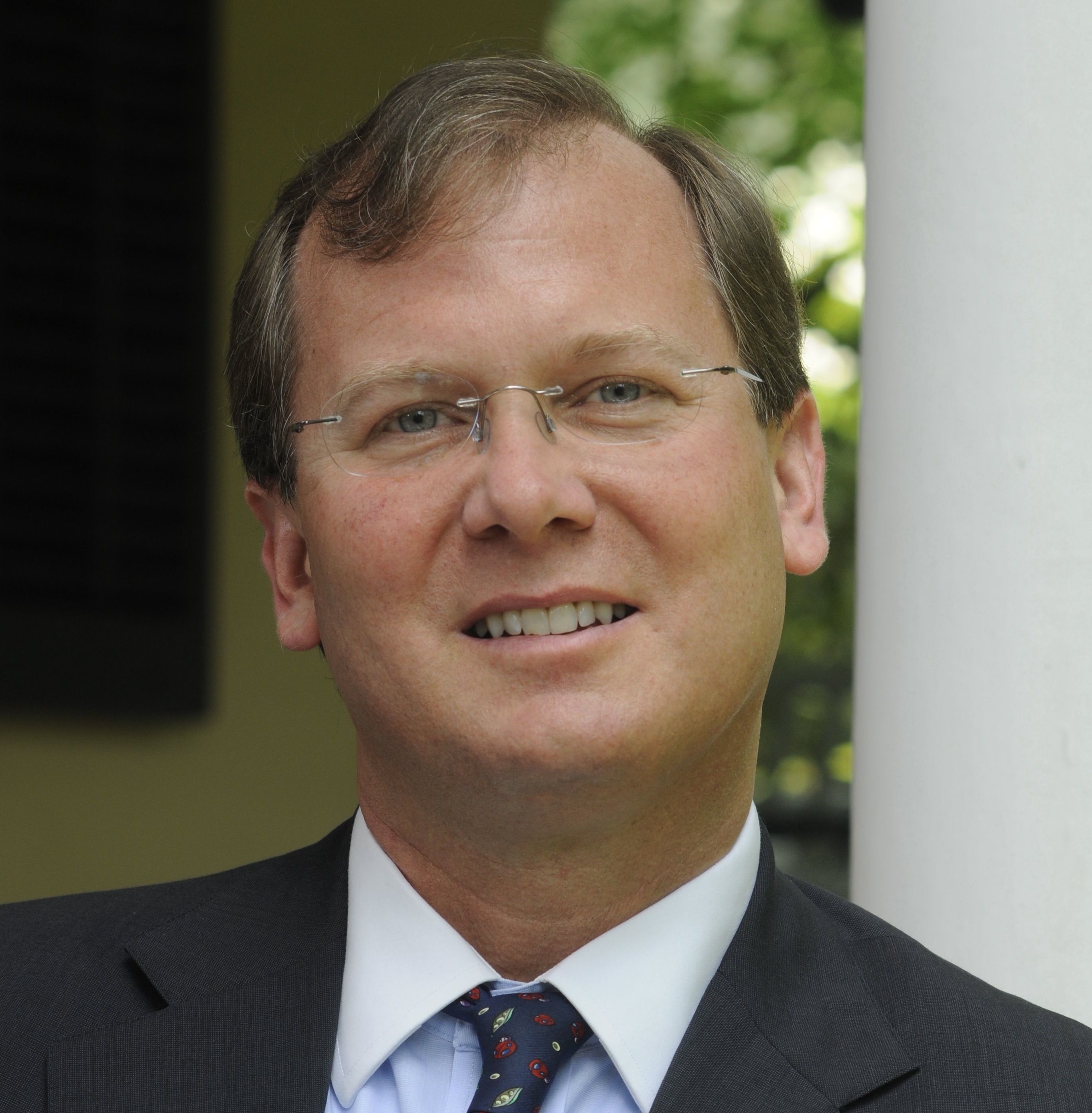