The Big Mouth and Your Hiring Needs

At long last. Yesterday, she finally earned the medal.

No, not uber-gymnast Simone Biles. (Although she grabbed the Bronze as well. Nice!) 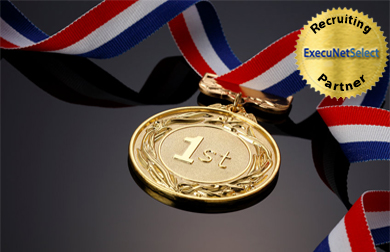 She took the gold.

No, not in Tokyo.

After being discovered by millions overnight on TikTok (where else?) Samantha – and her 2.57″ jaw – took the Guinness World Record for officially having the world’s largest mouth gape.

She finally got the recognition that she deserves.

But never really wanted. Growing up, she was bullied and called “big bass mouth.” Kids can be so cruel, even before Tik Tok. Now, Samantha is embracing it.

Such a big mouth!

…Which reminds me of your hiring. Let’s do some tongue-wagging…

‘Cuz when it comes time to hire someone, you can do it publicly or in private.

You’re thinking “Jeff’s stuffed his face with something a little too strong” ?

But my clients ask me this on a weekly basis. Here’s the short version of the story…

I ask them what they’ve been smoking.

Because it’s just about impossible (and in most cases, unadvisable.)

Their rationale makes some sense, I suppose. Here’s their logic:
“I’ve got a business to run. And I don’t want the team distracted by the drama of me replacing someone. We have to hit our numbers this quarter, and I don’t want to upset the applecart. I prefer they keep their heads down while I do a search to find Sam’s replacement. Then I’ll tell Sam we’re done and I’ll announce the replacement at a big company meeting. And I’ll look like a hero.”

…If the world revolved around you.

Unfortunately, here’s how it’s equally likely to play out:

Sam finds out because people have a BIG MOUTH. Whether it’s your candidate contacting Sam directly via LinkedIn to find out what you’re truly like as a boss (seen it)

Sam hears about it back-channel from a mutual contact, or just accidentally (I’ve seen it).

Sam’s #2 lieutenant Kris quits because you didn’t even invite her to be considered for the role (seen it, and now you’re really in trouble because your functional head and #2 are out the door at the same time)

You or your head of talent or your recruiter -or whoever is leading the search- takes twice as long because you’re trying to be confidential and sneaky, while the candidates’ #1 question is “who is the company?” It’s of course the first thing the best candidates want to know: should I even spend my time on this? Now, your search that should have taken 30 days takes 60 or 90 (seen it)

You’re unable to engage some amazing candidates because -without first answering the “which company?” question- they refuse to participate in the process (seen it)

Jaw dropper! When Sam gets word about their impending replacement, they start looking for their next role. The race is on. In a candidate’s market (the one we’re now in), Sam is likely to find that next role before you find your next Rockstar. And you’re left with an empty seat for some period of time. Such a shame, because you could have engineered a gracious and super-helpful overlapping transition of a month (seen it)

When Sam finds out what you’re up to, Sam tells every single person in the organization what a back-stabbing snake you are. After three years with the company, you decide to make a change (that’s your right) but you don’t even have the courage to tell it to Sam’s face. So Sam warns all your other employees “Be careful. Once [insert your name] turns on you, you won’t even know until it’s too late.” So now your remaining employees – the ones you care most about – live in fear of you. Or they leave because they don’t want the same to happen to them (seen it)

These are more painful outcomes than burning your palate.

Even a 25-year Headhunter hasn’t seen it all.

But I’ve seen enough to know that successfully pulling off a confidential search is rare, painful, and typically not worth the brain damage.

People have big mouths. They love tawdry secrets, even if they promise to be tight-lipped.

Your team. Your candidates. The market. The media (yep, seen upcoming-replacement stories leaked there, too.)

Now grin and bear it: most people have big mouths – which plan do you think has the greatest chance of putting a Rockstar in every seat of your team?

This graceful leave concept (often attributed to super-cool Chicago company Jellyvision) keeps everything on the up and up. Makes you look like the leader you are. And is the humane thing to do.

Plus, it makes your recruiting easier.

It’s a win all the way around.

(Don’t let your attorney or HR leader tell you otherwise. If you do it right, you’re less exposed legally than a surprise firing.)

But enough tongue-wagging for now. You’ve got a business to run!

No Replies to "The Big Mouth and Your Hiring Needs"