The Best Way to Find Your Next Job

Unfortunately, most people network for jobs ineffectively. Specifically, they make two key mistakes. First, they network primarily within their existing network. Second, they network to try to identify job openings.

Let’s take a closer look at these two key mistakes.

1. Networking within your network. The first thing most people do when they need to find a job is to contact their network. That’s an okay first step, but it’s not enough. In the late 1960s, Mark Granovetter, a PhD student at Harvard, decided to try to figure out how people find jobs.  His research was published in 1973 in The Strength of Weak Ties and confirmed what we already know – that most people find jobs through networking. But Granovetter’s research dispelled a commonly held belief – that our circle of close friends and colleagues (strong ties) provide more value during a job search than people we hardly know (weak ties).  Put another way, if we focus our networking efforts on our existing network of contacts (our strong ties), we’re severely limiting the amount of information and the number and quality of job opportunities to which we’re exposed.

More recently, Sandra Smith, a sociology Professor at Berkeley, conducted research to better understand why close friends and colleagues (strong ties) are less helpful than casual acquaintances (weak ties).  It turns out that people generally don’t refer their close friends to jobs for two reasons. First, they are more worried that it will reflect badly on them if things don’t work out. Second, they are more likely to know of the faults of their close friends and believe these could interfere with being a good worker.

2. Networking to identify job openings. To understand why networking for job openings is a mistake, let’s put ourselves in the shoes of a Hiring Manager (HM) who needs to fill a job.

The first thing the HM does is formulate the job, which includes understanding the need and defining the job. Importantly, as the HM talks to people and meets with people during the formulation phase, s/he may be considering their fit for the job (although s/he may not disclose this). People who meet with HMs during this phase may actually be interviewing for a job they don’t know exists.

Once the HM has formulated the need, s/he now has a job to fill. S/he puts together a short list of candidates (perhaps an internal candidate, someone s/he knows well, or someone s/he has met during the formulation phase), and then she taps his/her network as well as the network of a few colleagues or trusted advisors to see if anyone knows of any good candidates. There’s a candidate pool, but it’s small compared to the hundreds of candidates you might see from a posted position, and it’s created from a small network of people close to the HM. At this point, the position has been narrowly socialized, but it hasn’t been posted or given to a recruiter.  Roughly 80 percent of jobs are filled during this phase.

Finally, if the limited candidate pool approach doesn’t work, the HM may consider socializing the position more broadly and creating a much bigger candidate pool – either by posting (for less important roles) or by using a recruiter (for more important roles).  The remaining jobs that were not filled during the prior phases are filled during this phase.

If you’re networking primarily to identify job openings (i.e., posted or broadly socialized jobs), you’re missing out on over 80 percent of the jobs.

Use Targeted Networking Instead

Targeted Networking involves networking your way into Target Companies (i.e., companies in which you are interested that hire people like you) and connecting with Hiring Managers before jobs are posted. Targeted Networking is the best way to find your next job because it overcomes the strong-tie bias and aligns your search with the way jobs are filled. 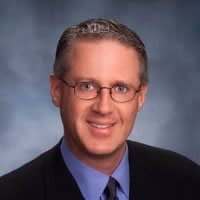 Scott Uhrig founded Whiterock Partners in 2003 after spending several years as a Partner with Connect & Company, one of the preeminent high-tech executive search firms in Silicon Valley, and Principal at TMP Worldwide, the third largest executive search firm in the US in the late 1990s. Prior to becoming a recruiter, Scott was an Associate with McKinsey & Company, a leading global consulting firm. Earlier in his career, Scott was a Manager at GTE/Verizon and a Senior Software Engineer with Honeywell Aerospace.

No Replies to "The Best Way to Find Your Next Job"