Banish Procrastination at the Root Cause (Part Three) 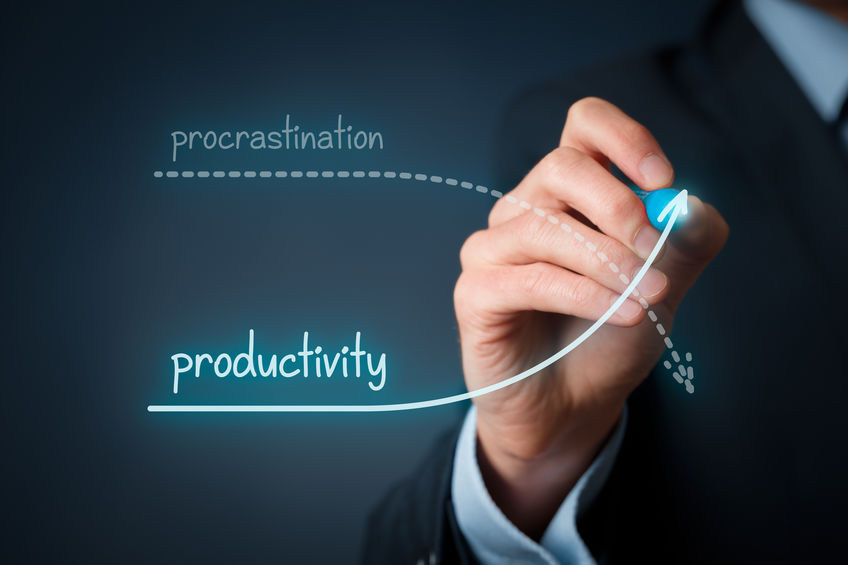 I once heard someone say that procrastination isn’t a behavior, it’s LACK of a behavior. You see procrastination is a SYMPTOM, not the cause itself. Therefore it’s a lack of behavior in response to something else. Something much deeper. It’s why it seems sometimes that no amount of reasoning and willpower will make any difference—in fact, they’ll leave you sometimes feeling burned out and worse off than before. So what is that something else? Below are 12 possible things. In parts one and two I covered the first eight. Here are the last four…

You’re Too Hard on Yourself and Lack Enough Self Compassion

Do you feel like you push yourself hard but still never meet the expectation in your mind? Do you beat yourself up when you don’t? Are you your own worst critic?

We do this without thinking and without recognizing it. We beat ourselves up with the things we should be doing or should have by now. There’s a self-righteous appeal to self-punishment. That by paying some sort of penance will be given forgiveness and acceptance. That we’ll be deserving of our own self-compassion. They key here, like with many other things, is awareness and balance. Your inner critic serves you to a point. It reminds you to strive for higher standards and that you are capable of so much more. Too little of the inner critic and you become sloppy and/or apathetic. Aim to balance excellence with self-compassion. Continuous analysis is key except when it gets to the point of paralysis. Too much of anything becomes a weakness, but anything in moderation is a happy medium!

This is one of the places where the proverbial phrase of ‘going through the motions’ comes from. We’re going along for the ride, but we haven’t yet drunk the Kool-Aid. Whether we have to, we don’t want to make waves or were indifferent to someone else’s end goals, we go along with someone else’s plan, but we aren’t committed to it ourselves. We may not agree to the rational or care about the goal itself, and if that’s the case, procrastination gives us a cushion of time between us and what we’re not really motivated to do. If deep down we don’t agree to the process or goal, we may be even procrastinating as a way to either passive-aggressively sabotage the process or out of spite towards the person who’s goal we are reluctantly moving towards. The main thing with this one is to realize we are hurting ourselves more than them. We are harboring negative feelings – whether those be demotivation, reluctance, guilt, dissatisfaction, disillusion, disenchanted, or doubt – until the inevitable of either whatever it is getting down after a lot of wasted mental energy on our part, or a confrontation with the other person. The time leading up to, during and after the confrontation, causes an equal an opposite feeling of negativity from that person to you. While we may be subconsciously or consciously doing this out of spite – in the short term it may feel good, but in the long run, it doesn’t serve you in the least bit. The key to this one is CLARITY, communication, and acceptance. Get clear on what exactly what you want. Communicate it respectfully but unapologetically, and stand your ground. In the case that you are in a subordinate position, accept that it must get done, and the faster you do, the faster you can put the matter behind you. And that’s what you REALLY want, isn’t it?

Fear of the Unknown

This one fear is the secret hidden driver of some many of our actions. It’s where the phrase, “better the devil you know, then the devil you don’t” stems from. It keeps us at the status quo. Being comfortably miserable becomes acceptable. Our worst fears of ‘what if’ or ‘what could go wrong’ are given wings and become the predominant most likely possible future in our minds. As a result, it becomes an even better idea to put off the “inevitable” possibility of our downfall. The comfort of familiarity becomes our ‘only’ choice for our ongoing survival. The delay of the pain becomes our instant gratification. The longer the fear has a hold of us, the deeper it’s roots cling to our subconscious mind and into our very way of Being. When we want to change this, we go against however many years of ingrained behavior to the contrary! The good news is that the more we realize and remind ourselves of this absurdity, the less and less of a hold it has on us. For some it can be instant, others, depending on how entrenched this fear is, may take a bit longer.

This stems from our primal desires to be loved, wanted and needed. It’s instinct to want to be accepted and feel that we belong. Disapproval tugs at our primal fear of being shunned from the village or tribe. This occurs because the person who is evaluating us may have power over our financial or career security. These fears are amplified when we are underperforming or have an evaluator who has a history of being harsh and/or unfair. They are even further amplified when we put the evaluator on a pedestal. The good news is that when we realize this for what it is, we can begin to put distance between us and our own anxieties. We can also begin to take steps to reduce that power. You can do this by making sure you have other job opportunities always as an option. Or perhaps another source of alternate income so that all your eggs aren’t all in one basket.

If this resonates with you, and you’d like support in how to navigate your challenges with procrastination so you can increase your productivity, contact me!

No Replies to "Banish Procrastination at the Root Cause (Part Three)"