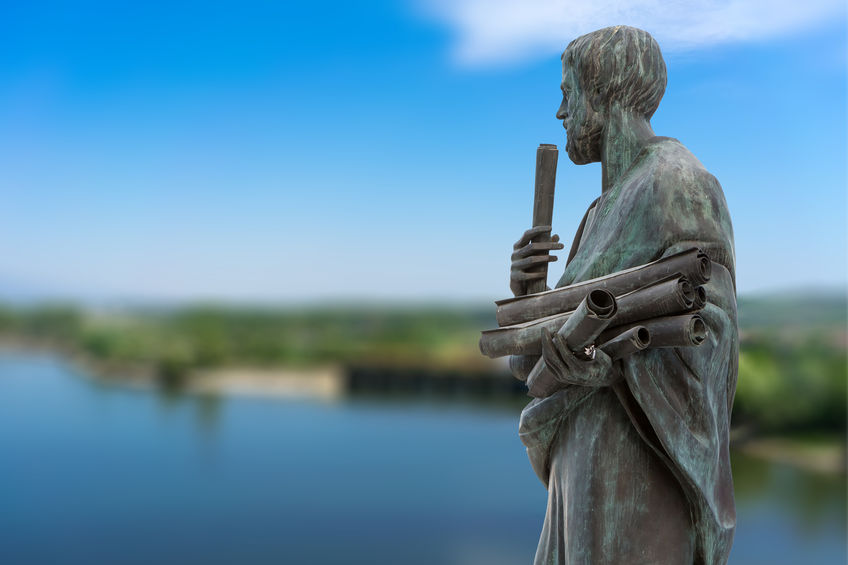 It would be the unusual leader who would admit that they don’t aspire to build energized engaged teams that deliver exceptional performance. Yet, across the leadership literature, research shows that results often fall short of aspirations. When I ask team leaders about the gap between their aspirations and reality, they give a variety of reasons for their team’s performance. A few leaders are reflective and introspective and ‘own the gap.’ Most are quick to tell me why their team is superior, then go on to describe external factors beyond their control that lead to disappointing results.

For leaders, “Aristotle’s Mirror” offers a distortion-free view of our behavior, and provides a means of regularly ‘self-checking’ those biases that can lead to poor performance.

From a behavioral science perspective, attributing external causes as the primary reason for poor performance is nothing new. Car owners regularly demonstrate this behavior. When surveyed, 93% of US drivers rate themselves as being better than average. When presented with their track record of driving mishaps, people are quick to blame other drivers, bad weather, poor road conditions, or other external causes. The root of this behavior, known as a cognitive bias, explains the common tendency for people to see themselves as superior, despite evidence to the contrary. That is not to diminish the impact of outside forces. External factors can influence outcomes and should be recognized – and a little cognitive bias can help build self-confidence. However, a strong superiority bias, left unchecked, inhibits continuous improvement and sustained performance. For leaders, “Aristotle’s Mirror” offers a distortion-free view of our behavior, and provides a means of regularly ‘self-checking’ those biases that can lead to poor performance.

We are what we repeatedly do. Excellence, then, is not an act, but a habit.

It is our habits – conscious and subconscious – that put us (and our teams) on the path to excellence or allow us to meander into complacency. The metaphor of Aristotle’s Mirror symbolizes leaders investing the time to examine their habits and reflect on what they aspire to do versus what they actually do. Over the years I’ve had the opportunity to work with some especially performance-driven teams. Their self-confidence and will-to-win were unmatched. In some cases, the strength of the team’s cognitive superiority bias and their ability to distort reality was also unmatched. The leaders of those teams chose not to invest time into reflecting on results, whether good or bad. Their focus was on pushing ever harder to deliver short-term results. For a time, it worked. Until it didn’t. Once they hit that tipping point, no amount of spin could hide the gap between the way the leaders saw themselves and their team, versus the business results.
Often those leaders’ egos have become entwined with their position. When their effectiveness in that position is questioned, even by themselves, it threatens their egos and associated sense of worth.

In contrast, during my research into exceptional teams, I also had the opportunity to spend time with performance-driven teams who were equally dedicated to reflection as well as continuously closing any gaps between aspiration and action. During one memorable evening with a group of Israeli Air Force (IAF) fighter pilots, they described their approach to preventing superiority biases, which was as simple as it was challenging. After every mission, they held an After-Action Review. For any gap or variance in performance, there was one point of responsibility, one squadron member who owned the gap and stood in front of his teammates to answer three questions: What was the gap? Why was there a gap? and How to close the gap? No excuses. No reality distortions. Total ownership. One pilot summed up the process saying, “Understand that to do our job, we must believe and be confident that we are the best of the best. But, if that confidence becomes arrogance to the point that we stop improving, and we aren’t 100% honest with ourselves and our team about any gap or issue, then someone may not come home from the next mission.”

For leaders who have grown comfortable in organizations where distorting reality to explain and rationalize mediocre performance is part of the culture, the reflection in Aristotle’s Mirror can be uncomfortable, even psychologically painful. Often those leaders’ egos have become entwined with their position. When their effectiveness in that position is questioned, even by themselves, it threatens their egos and associated sense of worth. This anxiety makes developing the habit of recognizing biases, and candidly reflecting on the behaviors that get in the way of learning and improvement, a significant challenge. Overcoming that challenge requires leaders to own any gap and rigorously pursue the answers to the three questions: What is the gap? Why is there a gap? and How do I close the gap?

Overcoming biases and changing habits is hard. If it were easy, everyone would do it – especially given the rewards of team performance and well-being. Instead, many leaders unintentionally choose mediocrity. Returning to the example of the IAF fighter pilots, the fact that a choice may be subconscious doesn’t make it any less a choice. Acknowledging the risk, exceptional leaders put their gaps and choices on the table and own them. No excuses. No reality distortions. Aristotle’s observation about human behavior touches upon the essence of leadership. Hanging Aristotle’s Mirror in your office, and regularly using it to examine your habits, can go a long way to ensure that you put your team on the path to excellence and keep them there.

Dr. Jeb S. Hurley has been helping organizations build better teams – and improve the well-being of the people on them – for over 25 years. Jeb’s formative experiences working in his family's business, began a career journey across a wide variety of teams and cultures – with roles as GM / VP / CEO at companies ranging from Fortune 100 to VC Backed start-ups across the US, Europe, and Asia – to co-founding three software start-ups. Over the past eight years, Jeb’s passionate curiosity for team behavior and performance became the focus of his work and research. In parallel to building teams for HP Asia, Jeb earned a doctorate in leadership, with a focus on work motivation, engagement, and team performance. In 2015 he co-founded Xmetryx, a Team Relationship Management (TRM) software company. Jeb recently published his first book, The ONE Habit: The Ultimate Guide to Increasing Engagement and Building Highly-Effective Teams, and he regularly writes about building effective teams and improving employee well-being in his blog: ONEHabit.blog