3 Startup Financing Myths You Should Avoid

If you are building a startup, you’ll find no shortage of people who are willing to give you advice, particularly when it comes to raising financing. Unfortunately, much of this advice is wrong.

Most startup advice, like most myths, have a kernel of truth to them, but you have to know when to apply it and when to skip it.

Here are three pieces of advice that are tossed around Silicon Valley as if they are gospel, but they are really Startup Myths.

I don’t know exactly when it happened but at some point, Silicon Valley became obsessed with the word billion. Some people blame it on Justin Timberlake (playing Sean Parker) in the movie The Social Network, who famously said that one million wasn’t cool, one billion was. I personally blame my MIT classmate Aileen Lee, formerly with Kleiner Perkins, who coined the term Unicorn, a private company valued at over a billion dollars.

Today the conventional wisdom is not to approach VC’s unless you can build the next Unicorn. To do that you have to show how your market is big enough (a multi-billion dollar market) to support that kind of valuation.

The truth is if you look at many of the traditional companies that went on to be worth over a billion dollars, it wasn’t at all clear when they started the company that they had a billion dollar idea.

Going all the way back to Yahoo or Microsoft, the initial products (a directory for a nascent tech called the World Wide Web, and Microsoft BASIC,) didn’t look like billion dollar products at all. The same is true of recent Unicorns like Facebook, Twitter, Slack, Discord, Minecraft and many others.

The real issue here is that if an entrepreneur comes in to a pitch and goes on and on about how they’re going to build a billion dollar company in just a few years, most investors eyes tend to glaze over. We’ve heard it all before.

So how do billion dollar companies get built? Like Jerry Yang who started Yahoo, as investors we are looking for entrepreneurs who are obsessed with a new technology. Like Mark Zuckerberg, who built a site only for college students, we are looking for a small, protected market that you as an entrepreneur, can dominate.

Like Markus Persson, who created Minecraft, who was just trying to build an idea that he could sell for $6.99 a game, we are looking for a product that ends up becoming wildly popular, more popular than anyone thought it could be in the early days.

The real key is to have an entrepreneur that is obsessed with a small market. Why does it need to be a small market? Because that’s what an entrepreneur with a small amount of money and a lot of talent can dominate. If, like Microsoft and Facebook, you can dominate your small market, you can then move on to other products or markets that are adjacent. Moreover, if the market grows and you are the leader, then you can find yourself at the helm of a billion dollar company.

Even when there is a large market, most successful entrepreneurs attack a small portion of it at the beginning. So, while everyone wants to get in on the next Unicorn, the way to get there is to make sure you have a product that meets the needs of a growing, but still very small, segment of a newly emerging startup market!

Myth #2: Talk to As Many Investors As You Can

For some entrepreneurs, raising financing can seem like a full time job, particularly in these trying times. Anyone who’s been through the process will tell you that you have to go through a lot of “No’s” before you to get to a “Yes.”

If talking to investors is turning out to be a full time job, it’s possible that you are talking to too many investors or that you need to refine your pitch.

Gurinder Sangha, a securities lawyer who started Intelligize (sold to Lexis-Nexis), put it best when he said that you want to go after investors that are “in your tribe.”

Who is in your tribe? In the U.S., it’s often your alma matter. Sangha was a graduate of University of Pennsylvania and his first venture capital investor turned out to be an alumni.

It doesn’t always have to be alumni. My first institutional financing came from people who were in the “MIT” network.

A few years ago, an entrepreneur was building an automated job matching site in Latin America. He would fly into Silicon Valley, meet with many investors, and having read that raising money was easy here, go away disappointed. In the end, the fund that led his series was a fund that focused on Latin America.

This might seem obvious, but it’s not. Many entrepreneurs waste time talking to investors who are at the wrong stage, sector or tribe. When a VC’s website says they do “early stage” – to a VC that means a product has already been built and generating some revenue, while to an entrepreneur it means “just an idea.”

When raising institutional financing, you are better off finding your tribe and focusing on investors who are more likely to invest in your particular market, stage or team. To do this, talk to less investors, not more.

Myth #3: Take the Highest Valuation You Can Get

Valuation is a touchy subject for most entrepreneurs. They seem to take it personally when an investor isn’t willing to negotiate on valuation.

At first glance, this doesn’t seem like a myth at all. Of course you will take the higher valuation, because you’ll give up less of the company, right?

The problem is that most entrepreneurs don’t truly take the time to understand what’s in a valuation.

I used to think a valuation was kind of like a stock price of a public company. I got a $5 million valuation on my very first startup and thought I was a millionaire because I owned half the company.

Setting aside the issues of valuation of common stock vs. preferred stock, what I really didn’t understand was that a valuation is a set of expectations. The expectations are about how quickly the company can grow and how big it can grow to justify the valuation.

While expectations in a private valuation are not as explicit as they are in public companies, they are still there.

I always caution entrepreneurs not to take too high a valuation in any round because it sets very high expectations for the next round. Unfortunately, most startups don’t meet their initial rosy projections.

What happens then? A down round, which can damage a company and make it difficult to raise money in the future.

Another model for valuation is the “high bar” as shown in Figure 1.

Suppose I ask you to set the bar such that I will only invest in your next round if you make it over the bar? In some ways, this is what a valuation is.

Would you set it high or low? Of course, you want the bar to be set low rather than high, to guarantee that you’ll make it over. The investor might not want it to be too low in this case. 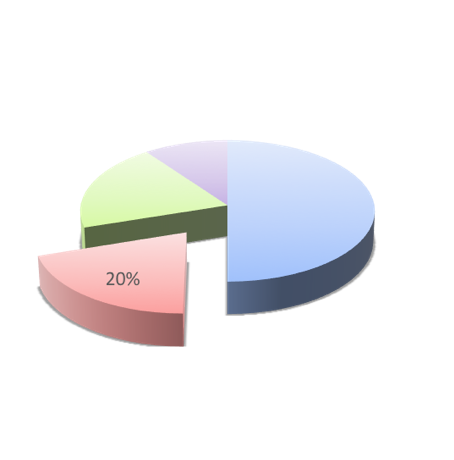 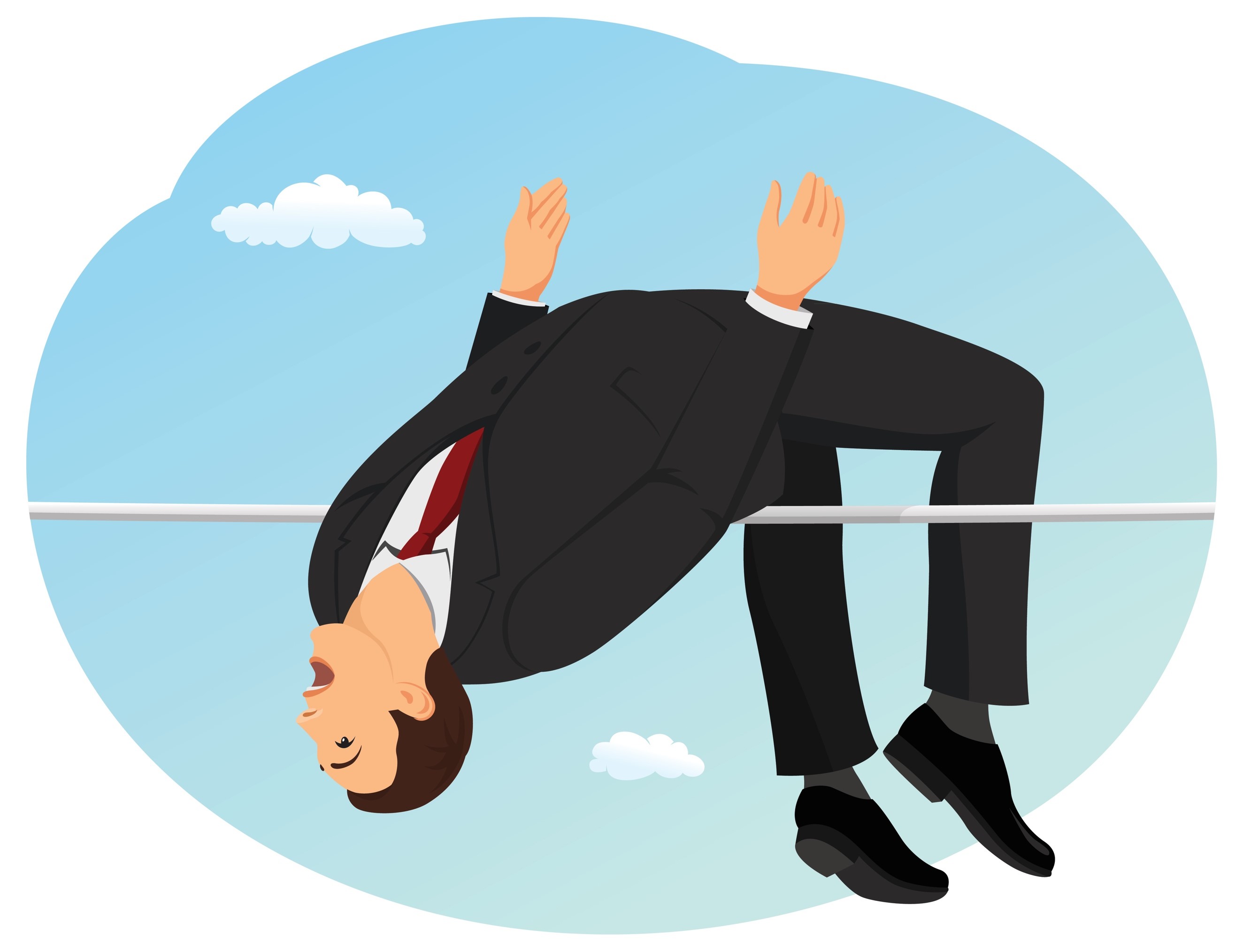 These are just some of the many myths that are given as advice when entrepreneurs are trying to raise financing. If you follow advice blindly without understanding the underlying complexity, you are likely to get yourself and your startup into trouble.

Rizwan Virk is the author of Startup Myths and Models: What You Won’t Learn in Business School. 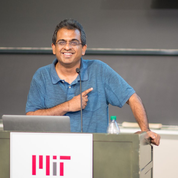 Rizwan Virk is the founder of Play Labs @ MIT and author of Startup Myths & Models: What You Won’t Learn in Business School, Zen Entrepreneurship, and The Simulation Hypothesis. He is also a venture partner at several VC firms. For more information, please visit https://www.zenentrepreneur.com and follow him on Twitter.

No Replies to "3 Startup Financing Myths You Should Avoid"