3 Smart Change Agent Techniques to Get Your Business on Track 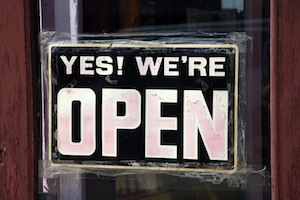 Most entrepreneurs and small business owners will tell you that they want to gain support or momentum for their initiatives, products or services, but they have no idea how to go about it. Even when they’ve come up with a truly creative idea, built a game-changing product or devised an innovative solution to a long-standing problem in their community, they can’t get past square one.

What I’ve learned is there are a few key and easy-to-implement techniques used by change agents that can help you gain attention for your ideas, get others on board, and get you back on track when you lose your way.

These are my favorites:

This first technique I learned when I briefly worked in politics. It has been a total hit when I speak at companies and conferences across the country. Here’s how it works:

Button to Billboard: Start By Asking for Very Little

I fundraised for the gubernatorial campaign of Steve Westly with a goal of raising one million dollars. When meeting someone for the first time, I would invite him or her to wear a campaign button for my candidate. Next, I would ask them to put a bumper sticker on their car and write a small check. After that, I requested a lawn sign in their yard and eventually, I hoped theyâ€™d agree to put a billboard up on top of their roof (ok, I admit, that was rare). Along the way, I sought an escalating commitment of involvement and connections. Ultimately, I wanted everyone to host a large event, evangelize my candidate to their networks, and make a major campaign contribution.

As you engage people with your activities, it’s important to remember the steps of what I call the “Button to Billboard” engagement strategy. Start by asking for the equivalent of a very small commitment, such as wearing a campaign button. What would show a small investment in your activities? Can you engage someone to make a twenty-minute call on your behalf, attend an in-person meeting, give you a room to host an event, make an important introduction, etc.?

Think through the remaining steps that you would like someone to take to be fully engaged with your activities (the equivalent of the bumper sticker, lawn sign, and so on). The more you can pre-plan those engagement steps, the better.

How will you move people from your campaign button to a billboard with your name in lights?

Loyalty Equity: Harness the People Who Believe in You

While I was writing my recent book, I learned this second technique during an interview with Steve Craft, then the deputy director in the Strategic Relationships Office at the NASA Langley Research Center. He told me this technique helped him get an innovative project off the ground quickly in his organization, even when his boss was not on board.

Working in a key strategy role at NASA, Steve had a front-row seat to the changes under way at the space agency. He was well aware that the world as they knew it was about to undergo a significant transformation. NASA’s funding for manned space flight had been cut, and within a few years, the space shuttle program — which had already been extended well beyond original design goals — would no longer be one of their primary missions.

Craft had been looking for ways to get the word out about the other scientific accomplishments and amazing talent of the NASA community. Thus, when the opportunity came his way to host an in-house TEDx Conference at NASA, he jumped at the chance.

Although he knew hosting the event was a great idea, Craft had neither a team nor an existing community who saw him as their natural leader. In fact, his own boss told him not to spend time on starting up an event but to stay focused on the goals they’d originally set for the year. He had to begin at the beginning by bringing people on board one by one. I asked Craft to explain his success, and he replied, “Primarily it was the ‘loyalty equity’ that I had built up over the years I had been with the organization that allowed me to be successful.”

As he explained it, “The people who worked with me before or knew me at NASA knew that I had a good reputation, knew that I had good character, knew that I could make things happen. They were excited to work with me, no matter what. And even though they couldn’t really be sure what I was doing, they said, “Well, if Steve is doing it, I’m doing it.”

Craft and his loyal team attracted not 100 people (as the TED organizers had expected) but over 1,500 attendees in person and over 77,000 people from ten countries live online. This was accomplished in only a few months despite the lack of senior level support and almost no budget.

This strategy works just as well for those running their own companies. Your loyalty equity might be with former colleagues; people you’ve served with on a community board; or vendors you’re doing business with.

In addition to knowing how to move forward, it can be equally critical to know when to stop putting time and effort behind an initiative.

Zero-Based Thinking: Look at Everything with Fresh Eyes

I can’t tell you how many times clients of mine have used this third technique. In fact, it helped one CEO get back on track after a particularly disastrous set of circumstances.

Often you come to a crossroads: You’ve been working hard on an idea or iterating on a product for a while, but nothing about the idea seems to stick. People aren’t jumping on board, customers are never ready to buy or you find that people have stopped taking your calls.

When you reach that point, remember one important truism I learned in business school: sunk costs are sunk. This means that even if you’ve sunk a lot of resources into a project, this alone is still not a good enough reason to keep going forward.

No matter how much time and energy and political capital (or money) you’ve already invested in an idea, don’t let that be the reason you keep going. You can’t recover the time and money you’ve already spent, and there is no point in expending more.

Instead, stop and practice zero-based thinking: re-look, re-think and re-assess what you’re doing with fresh eyes.

Ask yourself these questions:

Making change happen is difficult and making it stick can be even harder. But with these three techniques, you have an opportunity to gain support and momentum for your initiatives and stay on track.

Learn more great techniques for change agents and thought leaders in my new book, Ready to Be a Thought Leader? just published by Wiley Press. 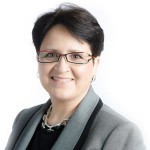 Denise Brosseau is the founder and chief executive officer of Thought Leadership Lab, a boutique professional services firm which specializes in building leaders into thought leaders â€“ increasing their "discoverability," amplifying their social influence and catalyzing strategic connections that lead to a seat at the table for the conversations that matter. Clients include leaders from Apple, Genentech and Morgan Stanley, as well as startup CEOs. She is the author of Ready to be a Thought Leader? Denise has an MBA from Stanford, is a recipient of their STARS award, and in 2012 was honored by the White House as a "Champion of Change."