10 Questions to Ask Any Job Candidate (or presidential contender)

Knowing how a wrong hire for a critical position can bring a company to its knees, I couldn’t help but shudder at the same prospect regarding our country if we elect the wrong president in November 2016.

With only slight modification, the following “verify-then-hire” checklist for hiring talent you won’t have to fire could, and maybe should, be applied to selecting and electing our next president.

Since we’re all in this together, please weigh in with how you would edit, modify or completely replace the checklist to make it relevant to the presidential campaign.

Here’s a checklist of questions you should ask when qualifying a job candidate — or presidential candidate. Is their experience:

1. Verifiable —“Please provide us with references of people who you have worked for or with and we will check them out regarding the following.” Don’t be lazy about checking them. You shouldn’t necessarily believe what someone says about themselves until you check with the people they have done it for.

2. Recent —“What have you gotten done in the recent past, as in last 18 months?” If it’s longer than that, even if they still know how to do it, they will not likely be able to hit the ground running.

3. Relevant —“Whatever it was you got done, what about that makes you believe that it is relevant to this job?” This involves you knowing more about the requirement of the job you’re hiring for than your applicant does.

4. Positive —“What positive and negative outcomes(s) did you achieve and what did you learn from each?” It’s OK for people to make mistakes. You just don’t want people who keep repeating the same mistakes and not learning from them.

5. Measurable —“What were the measurable achievements that you were able to achieve?” Metrics, metrics, metrics. You can’t manage what you can’t measure and this will tell the candidate to expect that whatever they do for you will need to be measured.

6. Results driven —“What were the actual results you achieved?” You don’t want to hear things that are too subjective and intangible. Seeing is believing.

7. Personal —“Which of the positive, measurable results above were you actually key or instrumental in achieving, as opposed to merely being in the right place at the right time, and what exactly did you do?” You want to identify which of the results they were actually responsible for versus riding along on the coattails of other people’s success.

8. Initiative driven —“What is your ability and what has been your track record to get things done when you hit obstacles and setbacks and give some examples of each?” You want to see how people respond to walls and bumps in the road. Are they passive and wait until someone else steps in, or do they take initiative? 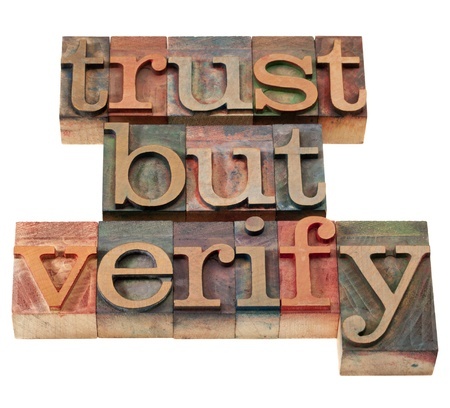 9. Resourceful —“What is your ability and what has been your track record of accessing resources outside yourself and outside a group that you are working in to accomplish something? Give an example of how you went about doing that.” You are looking for people who can tap into resources outside themselves or even their group if they need to.

10. Sustainable —“What have you been able to accomplish or set into motion that will last without you? Please give an example.” Look for people who not only work collaboratively and cooperatively with others, but do so in a way that what they do can easily be filled in, if for some reason they are unable to continue.

Since civility, humility and truth have fallen by the wayside and been replaced by fulminating braggadocio, doesn’t it make sense to now advocate a “verify-then-hire” or “verify-then-elect” policy before you bring someone into your company or before we put someone in the White House? 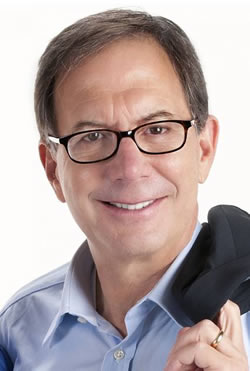 Mark Goulston is a prominent psychiatrist and consultant to major organizations. His book, Just Listen, ranked #1 in six Amazon/Kindle categories, and has been translated into 14 languages. Learn more about Mark at http://goulstongroup.com/.