The #1 Way to Counteract Stage Fright

The following is adapted from The Thought Leader Formula.

As a thought leader, speaking engagements can be a major revenue source for you. If you’re like most people and thought of public speaking scares you to death, there’s a foolproof way to combat stage fright once your slides and story line are perfected:

Practice. Lots and lots of practice. 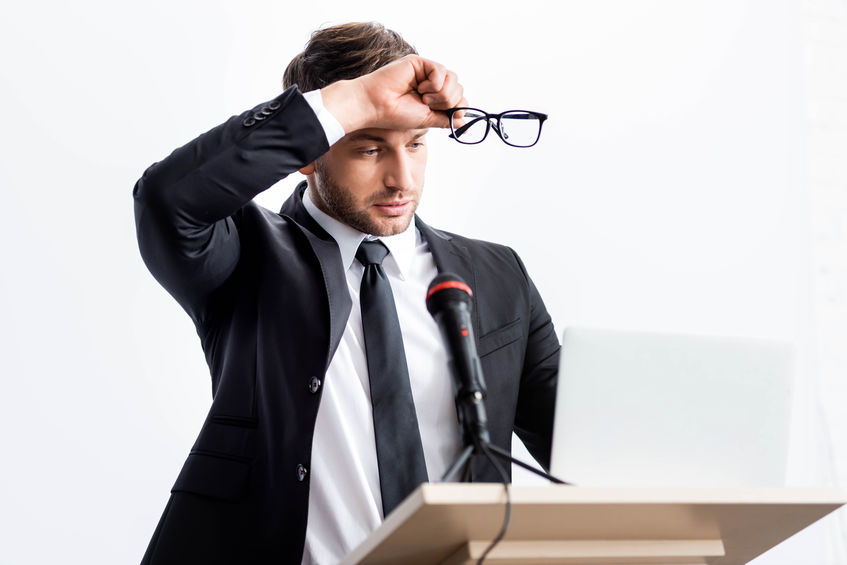 I’m not talking about running through your deck a couple times. Practice means putting in hardcore time and effort until you can recite your keynote in your sleep.

If you’re not willing to put in the work rehearsing and refining, you won’t come across as a professional thought leader or experienced speaker. The less experienced you seem on stage, with “ums” or “ahs” or delays, the harder it will be to get booked for other engagements. Your goal is to say “um” zero times on stage.

You need to know your content inside and out. Once you know your content down cold, you can go on autopilot on stage when it comes to the words and focus on connecting with the audience, how you’re moving, and your delivery speed.

Everybody gets nervous and has some degree of stage fright for their first talk, and even their 50th. The easiest way to become completely paralyzed, though, is by forgetting your words.

This is why you want to be overly prepared.

Steve Jobs famously spent months preparing for his keynotes and practiced them relentlessly. For every minute he was on stage, he spent hours rehearsing. Behind the scenes, he was intensely involved with every stage and aspect of creating his keynote. His presentations helped propel Apple to the marketing powerhouse that it became.

His formula for success boiled down to three things: storytelling, emotional connection, and effective preparation. Jobs’ passion for what he was talking about came through in every movement and every word. People who seem to speak effortlessly, as he did, only do so because they spend a massive amount of effort beforehand preparing.

Preparation equals confidence. The more prepared you are, the more confident you’ll be. Even without looking at your slides, you’ll walk on stage confident.

The first 10 to 15 rehearsals, you’re going to see where you want to change around a slide or change up some phrasing. You’re going to forget your facts and figures and have to look them up. The next five to ten rehearsals are when you will have the presentation perfectly worded and arranged. You should be able to do it at least three times in a row without pausing or making any mistakes. The first perfect run through doesn’t mean you are ready, though. That perfect run through needs to be repeatable, at least twice more, if not three to four or five times more. Then you’re ready.

For my first keynote, which was 25 minutes long, I practiced forty times. I hired a speaker coach who recorded me and showed me small things I could tweak, such as phrasing or how I held my arms. I then watched that video every day for over a month or played it in the background while I was doing other tasks.

Now I practice every keynote at least twice, if not five to ten times before I give it. I recently gave a 60 keynote with some new material, in front of an audience of 2,700 medical office groups. This was also a full-pay, 5-figure keynote through my speaker bureau, so I wanted to give a flawless performance. I practiced that keynote 10 times, even with my extensive stage experience. That came out to 10 hours of practice, and that was after the deck was perfect!

It takes a lot of hard work and time to look effortless on stage. That’s the interesting thing about practice. Some people say, “Oh, I don’t want to appear over-practiced and scripted.” It’s those speakers who don’t practice enough that come out wooden, as if they were reading from a script, because they haven’t fully mastered the keynote. Once you master it perfectly, it will sound effortless, conversational, and natural on stage.

Of course, there is some resistance that comes with practicing the same content repeatedly. Anyone who needs to practice something over and over, whether for competing or performing, understands this. Everyone wants to skip a day or a week. It’s easy to justify by saying, “You know what? I’m good enough, and I can stop there.”

However, what separates achievers from the super-achievers is that super-achievers go the extra mile, even when it’s difficult, boring, repetitive, or exhausting. They understand it’s the repetitive hard work that will propel them to success.

For that first keynote I mentioned above, I was getting tired of it by the 20th run-through. By the 30th time through, I started to dread it, in my head saying, “Nooo, not again!” It was torture! But then by run-through 35, I realized the delivery and story line were perfect, and I was so happy I made the effort. I only had five run-throughs to go to achieve my goal, and I was able to practice the last couple on the actual stage I would be using. To this day, I am still grateful I made that much of an effort.

For more advice on delivering outstanding keynote presentations—including 15 tips and tricks—you can find The Thought Leader Formula on Amazon. 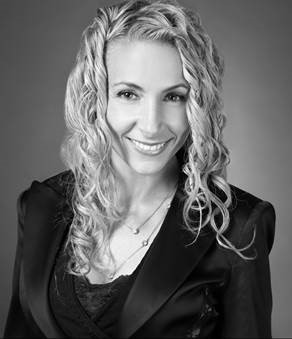 No Replies to "The #1 Way to Counteract Stage Fright"