1 Thing I Always Look for in Candidates

I’m often asked what I look for to find the best candidates. 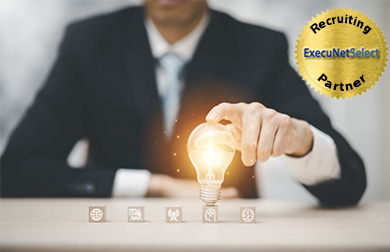 So what IS predictive?

Gina Rometty, the CEO of IBM who just retired, talks about it in this new CNBC piece. Here’s what she looks for:

“I value someone’s propensity to learn, more than their skills. Focusing on someone’s ability to learn, rather than what they’ve already learned, has completely changed how I look at hiring. I want someone to be curious, and you can test that when you hire.”

She couldn’t be more right.

Picture in your head something you see every day: two cars on the highway. They seem to be moving at the same speed… 55 MPH. But one is on cruise control, steady at 55. The other is accelerating from 45 to 65. That driver blows past the other car.

When I interview a candidate, I literally draw a little line curve to represent how they seem to be accelerating.

You need to look at the learning curve and acceleration, more than where the candidate is right now.

I call this Cognitive Ability – the ability to learn and grow and expand. It consists of a bunch of subcomponents (all of which you can assess during interviews, Test Drives, and Backdoor Reference Checks):

Believe it or not, not everyone you meet is well-equipped with Cognitive Ability. I’ve met plenty of high school dropouts who have it and plenty of MBA graduates who don’t. They generally correlate, but not perfectly.

If you focus on hiring candidates whose superpower is learning, you’ll be on your way to building a learning organization. Which in this time of never-ending and never-slowing change will give your company an unfair advantage.

Here’s another unfair advantage: 10 finalist candidates in just 10 days. For a fraction of what you pay those high-priced headhunters.

No Replies to "1 Thing I Always Look for in Candidates"